A new update to the ongoing Elite: Dangerous beta has been released today, patching the game to version 2.05. The game’s beta forum contains a post outlining some of the changes this new update brings. I’m unsure whether people outside the beta can access that forum, so here’s the official twitter saying much the same thing prior to the update’s release.

Beta 2.05 will focus on loading times – in hyperspace, starting the game and coming out of supercruise.

According (again) to the forum, this Elite: Dangerous update is “geared directly at ironing out these issues” and making everybody’s time in space that bit smoother. The same forum post urges beta players to keep submitting bug and glitch tickets, as well as responding directly to the thread, as it helps the developers to learn whether the problems really have been dealt with.

Judging by some of the replies, Beta 2.05 hasn’t solved the problems of stuttering when coming out of hyperspace/supercruise and may even prevent the game loading entirely for certain players. Others, in contrast, report distinct improvements. That’s the nature of a beta, I suppose.

The update can be downloaded through the Elite: Dangerous launcher, in the usual fashion.

In addition to the above, the team has posted another “peek of the week” image (below) showing the use of fuel scoops. Seasoned Elite players will remember these as being highly useful for skimming extra fuel from stars. Looks like they’ll be implemented in Elite: Dangerous before too long. 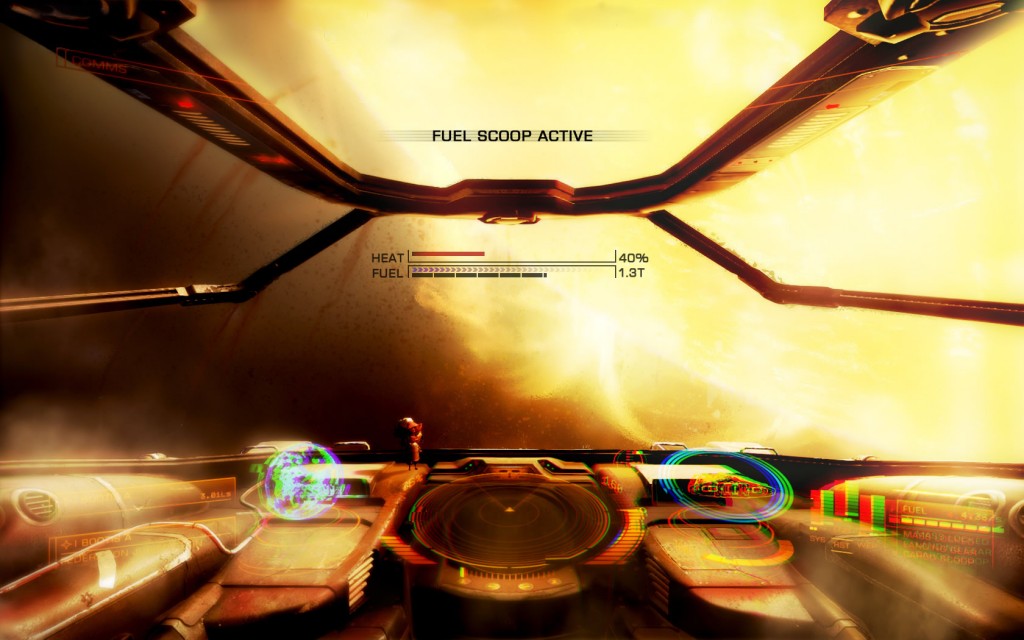