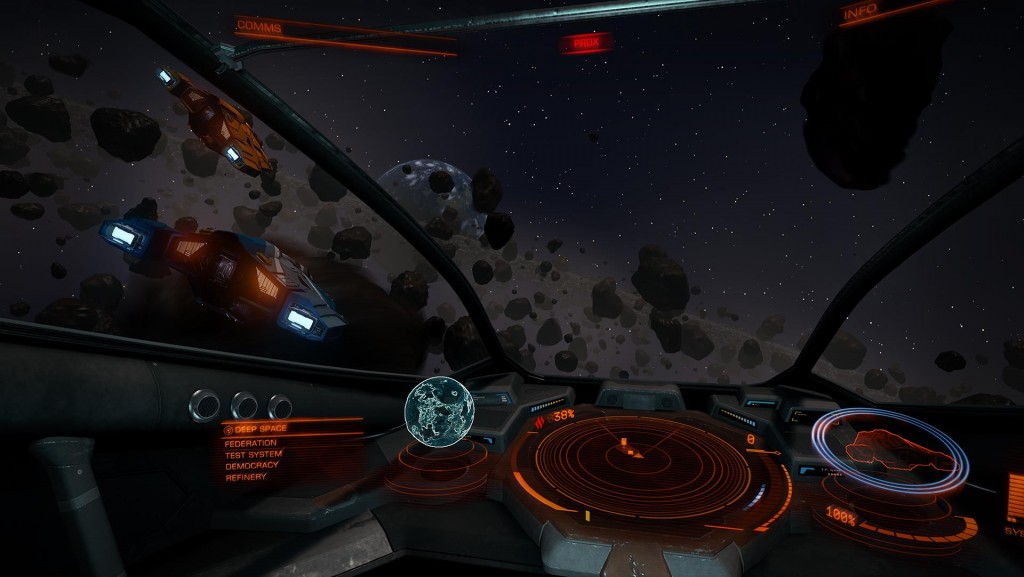 Cruising along towards Beta 3.

Another incremental update on the path to Beta 3 has been released for Elite: Dangerous today, taking the game to beta version 2.06. Beta 3, of course, will be a substantial one and at the last check was due on 28 October.

In contrast, Beta 2.06 seems to mostly be tweaks to reported issues and refinements to how the server and network code handle certain things. The announcement that it would launch today (as it now has) was made on the Elite: Dangerous forums.

There have also been some server-side changes made, including the following:

– After the weekend’s excellent testing, we’ve made some more performance improvements to the Exploration Servers. In particular, the Universal Cartographics shop should respond more quickly.
– Fixed a softlock whenever a Commander purchased a different ship.

As with the prior patch, the Elite: Dangerous team are encouraging players to leave performance feedback on the Beta 2.06 announcement thread or to file tickets if bugs or glitches are encountered.