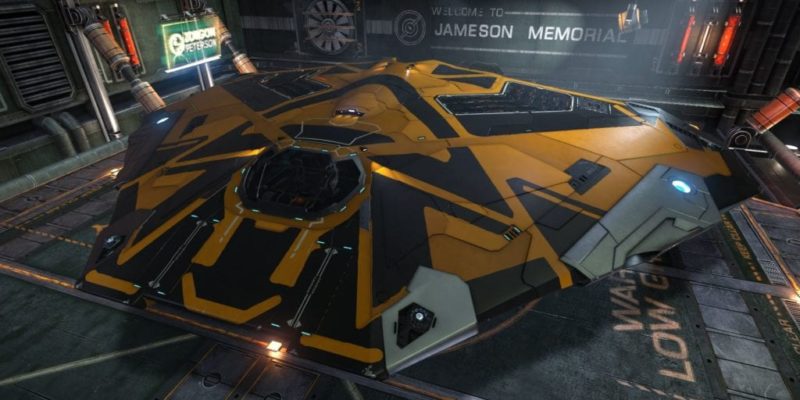 The current round of Elite: Dangerous betas (2.1 being the Engineers update for Horizons, 1.6 for the standard game) went live yesterday for those who have access to such things, and Frontier have outlined a three-phase process for how the Engineers (2.1) portion will be handled.

Before getting into that, if you want the gigantic beta changelog listing all the many and various additions and alterations introduced by this beta then this Frontier forums thread is your best friend.

So, in phase one (“Beta Live”) Frontier will be testing the new game mechanics: “Everything from the flow of visiting an engineer and crafting modules, through to taking on new missions, working the background sim, ice mining or any of the other changes.” To that end, things like Engineer invites are easier to acquire, and the reputation boosts with Engineers will be increased.

After that (the timing isn’t really specified), Elite: Dangerous’ 2.1 beta will move into the wonderfully named “Mayhem” phase. At this point, all Engineers content will be unlocked and players will be encouraged to fiddle about with “as many of the experimental modifications and upgrades as they possibly can”. During this time there will be some Mayhem-exclusive events like this ‘Clash of the Titans’. The provisional date of that event is listed as the week of 21 May, so that’s perhaps an indication of when Mayhem will kick off.

Finally, phase three will be called “Apocalypse”. Frontier describe it as follows: “In this end of beta blowout all players will be getting bounties, and the aim for everyone is to gain the highest unclaimed bounty.” The top unclaimed three bounties at the conclusion of Apocalypse will win an exclusive paint job (shown above) and decals.