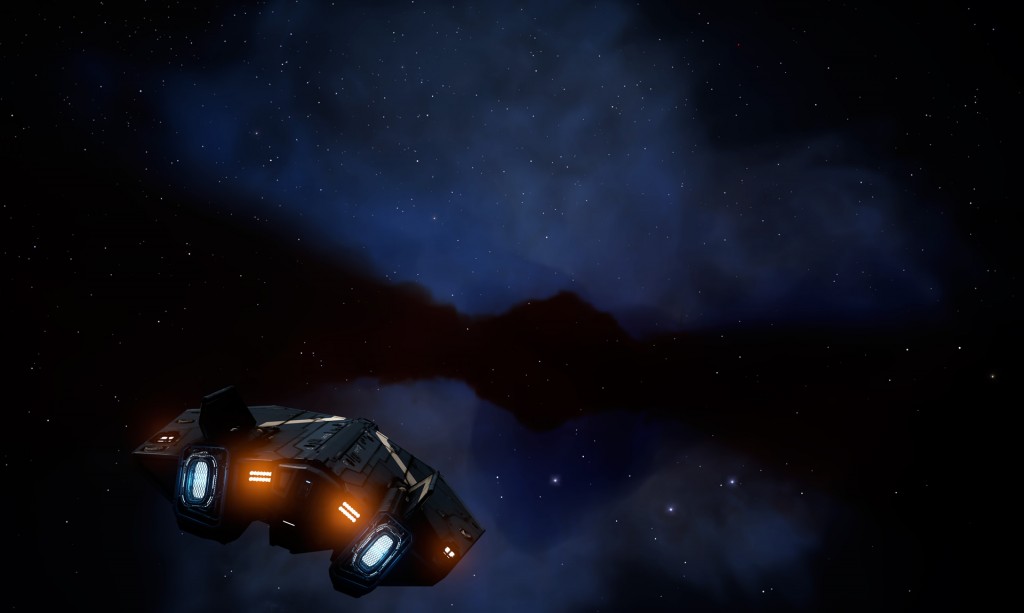 More people should be able to get beyond the intro screens now.

Every time you blink today, there’s another update made to Elite Dangerous. Gamma 2.02 is pretty straightforward, however. It’s a hotfix for the crashing issues some players were experiencing.

Not crashing your Viper or Cobra into stuff, the hard-lock or crashing back to desktop type of crashing. This was apparently something to do with the movie files that played on start-up (a few players found that removing the K-Lite Codec pack from their machines solved matters,) but should now be fixed. I’m not entirely sure if this is the same crash that some have been experiencing on the orange rotating ship loading screen.

Gamma 2.01 was issued earlier in the day. You can read the patch notes over here.

Anyway, the upshot is that the Elite: Dangerous launcher will need to download a bit more stuff before you can play. The servers have been getting hit pretty hard today, meaning some of the in-game “always online” stuff like bringing up system data or selling exploration data is taking a fair while.

I’m a little concerned about how the servers will hold up on 16 December launch day, to be honest. They’ve struggled at times throughout the Gamma stage.