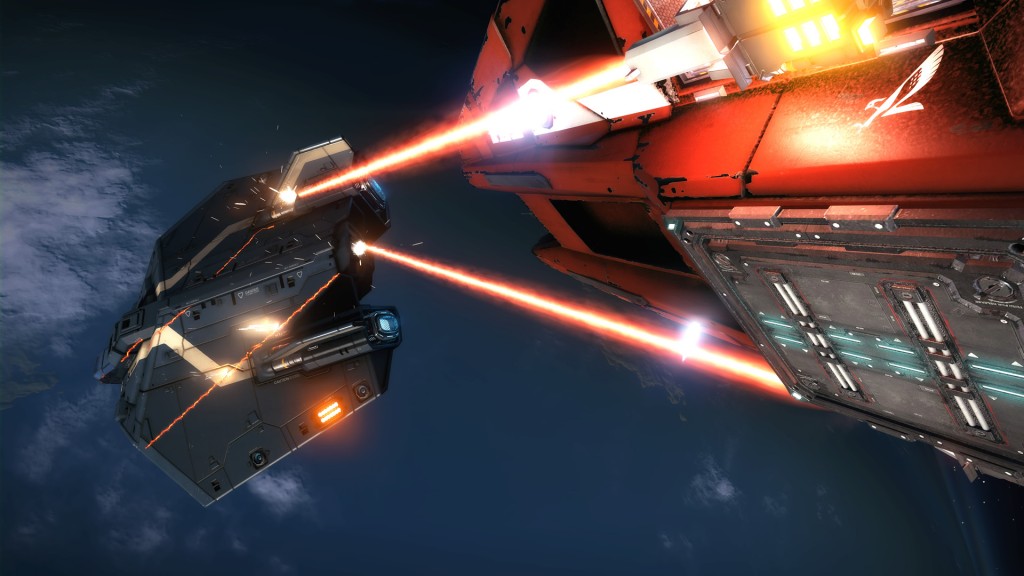 The latest in a never-ending cascade of pre-release incremental updates to Elite: Dangerous pushes the game to Gamma 2.03, and claims to increase the payments for AI bounty hunting. I’ve not been in to explore just how much they’ve changed yet, but it’s a positive step towards making bounty hunting more of an attractive career option.

To be honest, I’ve mostly been avoiding it. It’s dangerous work and pays a whole lot less (especially after ammo costs and repairs) than doing some basic trading; so upping the incentive with some larger payouts seems wise.

Gamma 2.03 is out now, so you should all be able to upgrade through the Elite: Dangerous launcher (assuming you have Gamma access.) If this one resets all my keybindings for about the third time in as many days, I will not be terribly impressed.

Still, it might be worth it for the apparent improvements to the galaxy map and (if you have it) TrackIR.

In addition to Gamma 2.03, issue 53 of the newsletter has also appeared. It implies that the Voyager 2 secret is not the only Easter Egg out there …

Here are the update notes. Elite: Dangerous will be released on 16 December.

And a server-side update too!