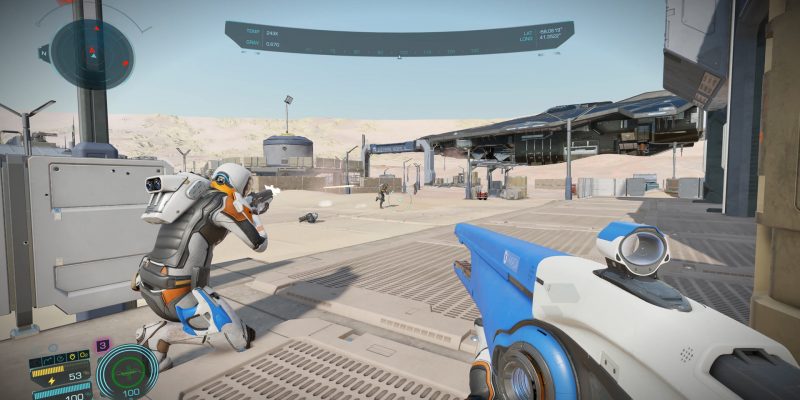 Phase 2 of the Elite Dangerous: Odyssey PC alpha has arrived, bringing us one step closer to the full release. Frontier Development announced today that the expansion’s new update includes a handful of added features. There are new areas to explore, new unlockables to collect, and dangerous deathmatches to survive. Plus, the team squashed a few bugs from the Alpha’s first stage.

The new PC Alpha phase is available now for “Lifetime Expansion Pass owners and players who have pre-ordered the Odyssey Deluxe Alpha expansion pack,” according to the press release. Perhaps the biggest feature in the update is Conflict Zones on foot. These 12v12 matches include both fellow players and AI, so get ready to fight. As shown in the video below, you can sign up for a faction in a Conflict Zone via the Frontline Solutions desk. In order to win, your team must defeat the enemy faction. When you kill enemies, you receive combat bonds that can be exchanged for in-game credits. The winning team’s victory will be factored into Elite Dangerous: Odyssey‘s war and affect the outcome.

In addition to Conflict Zones, Phase 2 of the Elite Dangerous: Odyssey PC alpha adds Commander access to starships, including the Cobra Mk III. There’s a new starting system called Nervi, as well as a new area of the galaxy. Players can also purchase a new space suit, called the Manticore Dominator.

Elite Dangerous: Odyssey‘s PC Alpha initially launched on March 29 with plans to add more phases later. However, the roadmap did change fairly quickly, as fans reported a series of bugs in the alpha. Frontier has already gotten to work fixing these issues with the phase two launch. According to a dev post in the Elite Dangerous forum, Frontier tweaked a few missions and the map for better gameplay. The also noted that the team is aware of a serious “Orange Sidewinder” bug in the second phase and has asked players to file detailed reports if they encounter the bug. This will help Frontier resolve the issue quicker.