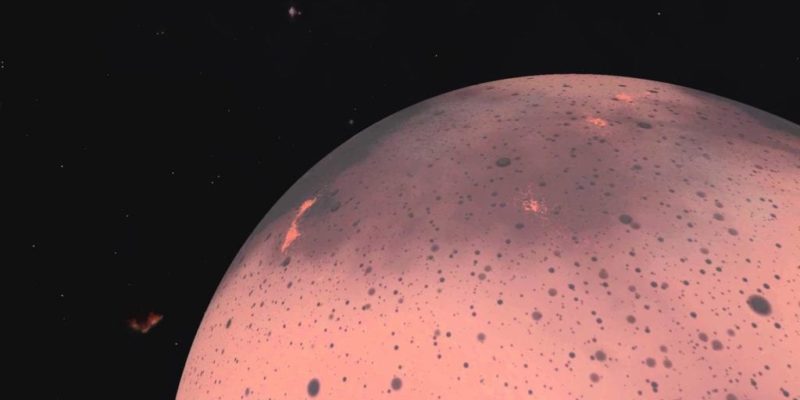 The Elite: Dangerous Horizons beta is on the way from 24 November, as revealed in yesterday’s Q&A session with David Braben. That date is reiterated in this week’s Elite: Dangerous newsletter, along with further details of planetary settlements and an atmospheric video featuring a misty crater (below).

Executive Producer Michael Brookes has outlined how some of the outposts and settlements will work and interconnect with the existing orbital ports. Surface starports will be the largest structures you come across, and will operate much like the orbital stations (offering missions, trade goods and the like). In addition, “new economy types have been added that only apply to surface starports”.

Missions taken from Elite: Dangerous’ surface starports may lead you to other surface bases. But orbital stations will also offer missions that involving visiting planetary surfaces (assuming you have the necessary equipment to land and explore). A prison break is given as an example of the sort of missions you might be picking up.

Brookes also teases a “new type of method for locating resources” that will tie-in with the new materials it’ll only be possible to find on planets.

If you find yourself needing to attack a surface base, it’s possible to hack data points and shut down the lights and turrets in certain areas. You may still need to navigate through the fire of smaller turrets and skimmers in your SRV, however.

Finally, as mentioned up top, David Braben has put out a new video featuring a slow pull-back from a gigantic misty crater. As with most things in Elite: Dangerous, it’s pretty massive in scale.

First Humble Monthly Bundle out, and it contains…