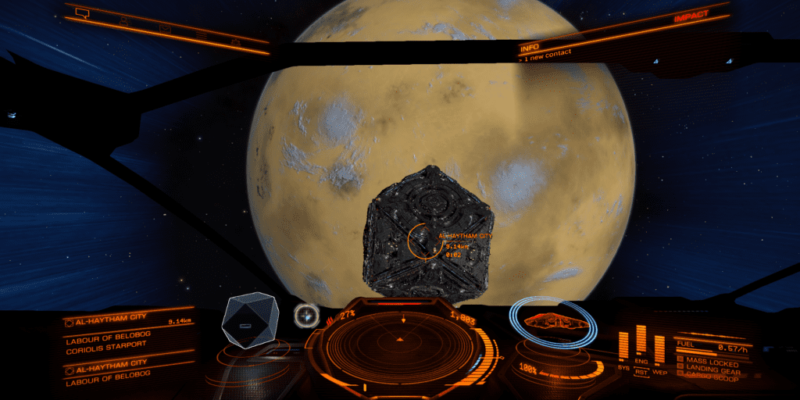 Elite: Dangerous already offers a certain amount of support for the Oculus Rift, but will be adding the HTC Vive to the list of supported VR headsets.

The Vive itself isn’t scheduled to appear until around November 2015 (and then, only in limited quantities), with a ‘full’ launch expected in early 2016. Frontier, developers of Elite: Dangerous, say Vive support will be added as a free SteamVR update to the game in ‘Holiday 2015’, so should be available ahead of the general launch window.

“We have been working closely with Valve to bring Elite: Dangerous to HTC Vive, and we are delighted with the quality we have been able to achieve”, says Frontier’s Jonny Watts. Possibly while gazing at the majesty of the stars through a VR headset.

Though I haven’t tried it myself (that’s more Paul’s domain), Elite does sound like one of the games suited to VR. You effectively remain ‘seated’ throughout the game, so being in a static position with a headset on your face will seem less strange than other titles. VR doubts remain over low FOV, resolution, and possible motion sickness issues, so we’ll have to wait and see how the Vive handles those things.

In conjunction with this announcement, Elite: Dangerous is 40% off on Steam until 28 September.