For one brief and beautiful moment I thought this update was about “wing bacon” in Elite: Dangerous, but beacons sound good too. In the latest forum update on the subject of the upcoming beta 1.2 release, producer Michael Brookes spends some more time on wing functionality.

The intent behind player wings, of course, is to make co-operative play a bit more straightforward to organise.

“Wing beacons” are a mechanic that will allow players to “send a signal from normal space into the system’s super cruise environment.” This signal will show up to all members in your wing, regardless of distance, as long as they’re in super cruise within the same system. That way, they’ll know where you are.

Frontier say they intend to expand this mechanic in future Elite: Dangerous updates, allowing for different types of wing beacon effects such as distress calls.

The introduction of wings will bring some communication overhauls too, including the ability to transmit open text broadcasts to all nearby ships. It’ll be possible to toggle whether you wish to receive these. Starport chatting should be easier in 1.2 as well, because all commanders docked at ports will remain on a player’s comms list.

Away from wings stuff, there’s confirmation that repair cost balancing is going to get another pass (to make combat roles more rewarding) and word that a debug camera option will be added. All the better for taking those in-game shots of your own ship.

Beta 1.2 is said to be “rapidly approaching.”

Edit 27 Feb: Frontier have released an image showing the proposed wings HUD, so here’s a look at that. 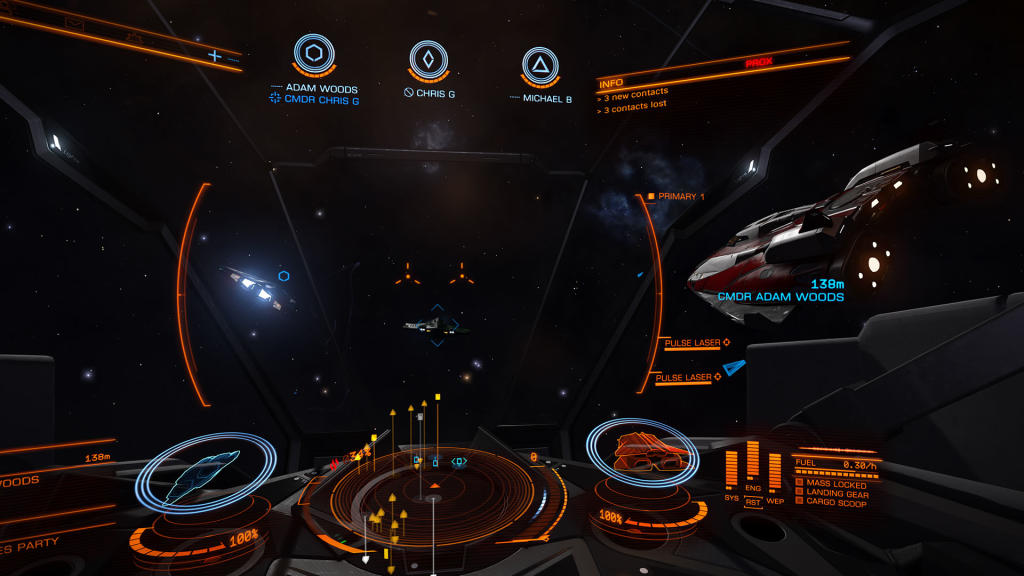 Guild Wars 2 gets a first-person POV camera in March