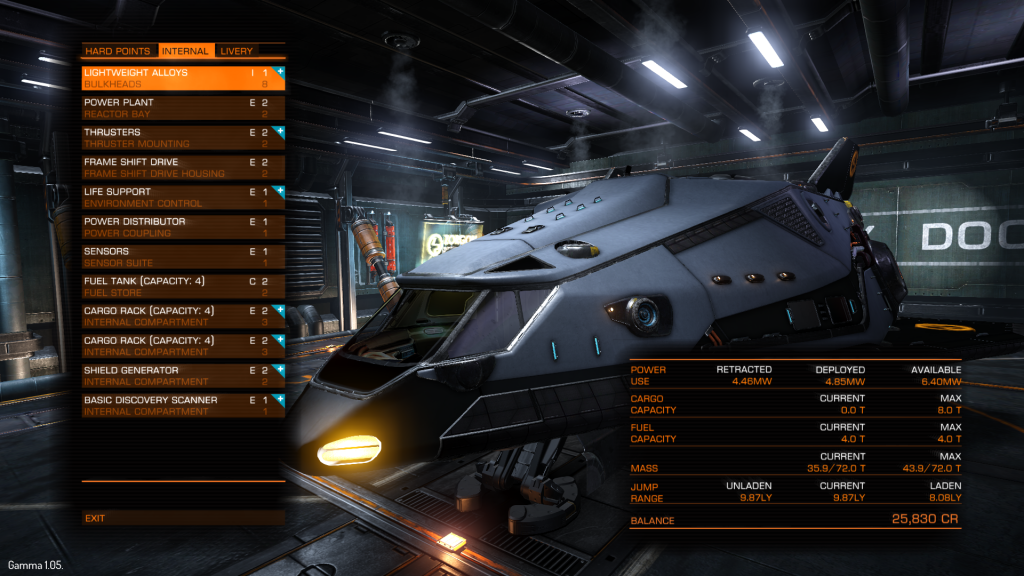 A short but sweet news update for those wondering precisely when Elite: Dangerous will launch on Tuesday; the answer is midday GMT. At least, that’s the launch time the Elite twitter account says the team is “working towards.”

Get ready Commanders – we are working towards releasing Elite: Dangerous 1.0 at midday GMT tomorrow, 16.12.14 #EliteDangerousLaunch

For those not in the UK, midday GMT on 16 December translates as 4am Pacific US, 7am Eastern US, 1pm in much of Europe, 9pm in Japan and 11pm in Australia.

It’s a fully online game, so you can probably expect a fair bit of server disruption.

Earlier today, the Gamma 2.06 build (most likely the final Gamma build before 1.0) was released. You can read all of the patch notes for that over here. The IncGamers Elite: Dangerous review will be coming on Tuesday.