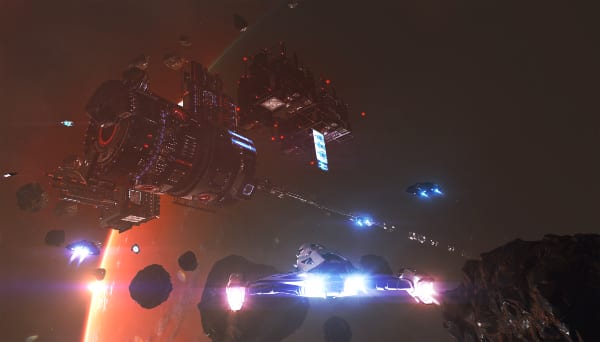 The competitive CQC (close quarter combat) Championship mode is coming to Elite: Dangerous as part of a future update to the PC version. Originally scheduled to launch after the Xbox One release, the latest word on CQC is that it’ll come out on all platforms at the same time (though the Xbox gets a beta first.)

A specific date isn’t settled yet (though it’ll be before the end of the year.)

CQC puts players in some of the smaller Elite: Dangerous ships, such as the Eagle, Sidewinder and new F63 Condor, then tosses them into arena-like duels with other pilots. The modes of play announced so far have included a 12 player free-for-all, 6v6 team deathmatch, and some sort of capture the flag affair.

Additional combat mechanics had been designed specifically for CQC. When ships break line of sight they’re no longer targeted by the opposing player, which should make maneuvering behind cover fairly important.

Here’s the gameplay trailer, hosted on Xbox’s channel due to the recent association with Xbox One.

Just Cause 3 Gamescom trailer lights a fire under Rico