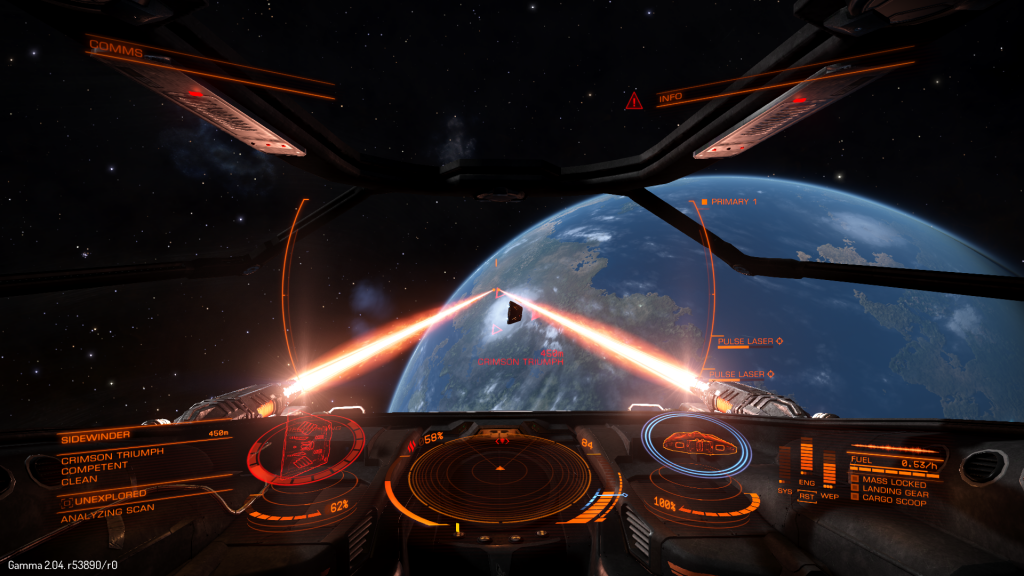 It’s the second day of Elite Dangerous and a new update has dropped on the servers.

While the launch of Elite Dangerous went relatively smoothly yesterday, there were a few issues that cropped up which would have been annoyances for some players. The v1.01 update, which has just gone live on the servers, should hopefully resolve disconnects and crashes. The version text has now also been removed from  the screen which I know irritated some players even though it was hardly a major issue unless you were going to constantly stare at it.

There’s also some “diagnostic” information gathering in this update pertaining to factions, memory, and bounties which should over time improve the game further. Here’s your notes.