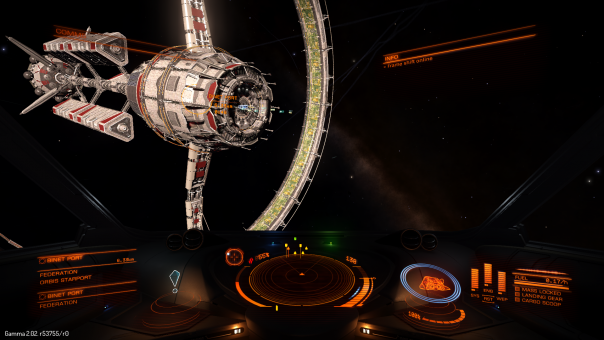 Today Frontier have outlined their plans for testing larger updates – including the upcoming v1.1 patch, which will come with a new way to collaborate with players prior to the major v1.2 Wings update. The v1.1 update will be ready for beta testing in the first week of February.

In v1.1 there will also be an increase the maximum distance on the route planner which will make life easier for players who like a good trek across the galaxy. Frontier say this could be extended to a whopping 1,000 light years.

v1.2 will be the next major update and that is expected to go into beta testing in the first week of March with a focus on Wings and other multiplayer features.

Anyone who had beta access when backing the game will have access to these beta tests but if you didn’t then you can still take part. Frontier plan on selling beta access and details on that along with pricing will be revealed soon.

Frontier are going to be separating the beta and retail game so taking part in these planned tests will have no impact on live accounts.

The Wings update is probably the most exciting update for players because of its enhanced matchmaking, shared information with the wing, and shared bounties/mission rewards. It should make life a lot easier and make the game feel a little less like a solo experience. There’s still no final details on what the 1.2 Wings update will bring to the game and all this may have changed by now as far as we know.

Neocore’s Deathtrap gets a release date