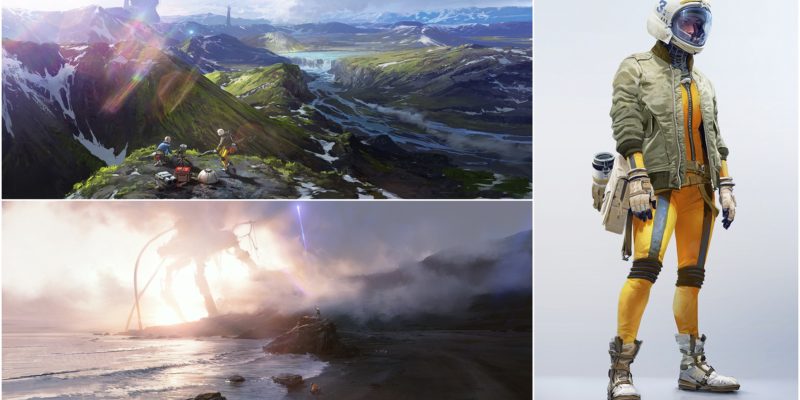 There have been plenty of notable executives in the gaming space, and they are usually recognizable alongside big studios and equally big projects. However, it is not surprising to see some of them venture out on their own after a while in search of the next big hit. Former EA chief design officer and CEO Of DICE Patrick Söderlund is one of them. After leaving the comforts of the mega-corporation back in 2018, his new venture with Embark Studios began work on a sci-fi survival game. Now, in his latest update since July 2019, Söderlund has shared that Embark has another project in the works – a team-based shooter.

This reveal comes after several queries regarding job listings at Embark Studios. Despite his history with the genre, the ideas pitched were too good to ignore. Thus, this new PvP shooter is now a reality. Of course, there is nothing concrete to show for now.

However, we do get a glimpse of what the characters could look like via some concept art. There are both guns and swords on display, with each character sporting a distinct look.

Hands in many pies

Embark Studios’ latest project will likely follow in the vein of other hero shooters. At least, at first glance. Just what new ideas and mechanics could be introduced remains to be seen. Söderlund shares that the game will focus heavily on team-based gameplay, and will involve plenty of destruction, physicality, and dynamism. It also helps that there are plenty of first-person shooter veterans at the studio.

This new project announcement comes alongside the news that the first project is now in full production. The sci-fi military shooter will likely be the first game put out by Embark Studios. However, this wasn’t all that Söderlund had to say. His update also mentioned a third project that is similar to Dreams or Roblox. It will function as a game creation platform, and Embark is currently gathering the tools to help make it happen.

By Jason Rodriguez33 mins ago
News