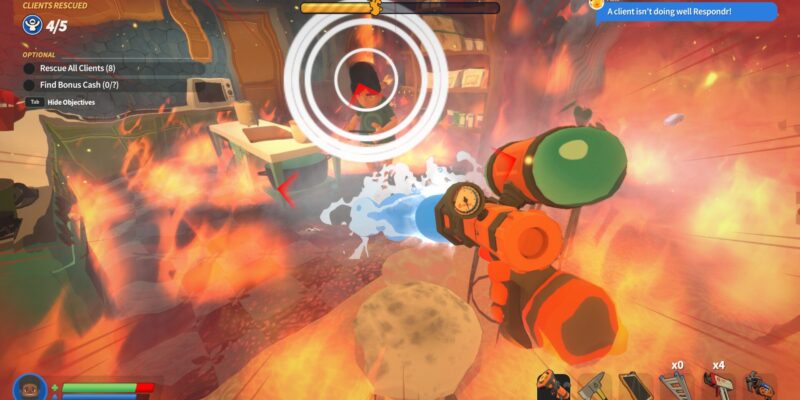 Embr has a great central premise: you’re an app-based independent contractor for an Uber-esque firefighting app called Embr. You (and some friends) show up at the scene to rescue people trapped in burning buildings. When the game focuses on this core idea, it’s good fun. Rushing into buildings, putting out fires in your way, and doing your best to keep the clients alive while you get them to the exit is a satisfying gameplay loop. But the game didn’t seem to think this was enough. So, as things developed, the levels grew needlessly complicated, and awful, obnoxious boss battles were shoehorned in. Embr is a good game that isn’t sure what it’s trying to do, which hurts it in the long run.

Before doing anything else, you can set up your loadout. Completing missions grants you money and special currencies that you’ll use to buy and upgrade items and outfit your character with special gear. You’ll always want to have a hose and axe on you. Regular doors, bizarrely, never open, so you need to break them with your axe. Your hose is used to douse fires. You can either rush into buildings to get people out as quickly as you can, or you can try to control the blaze. It’s up to you.

Fighting fires is is where Embr is at its best. The flames waste no time in responding to water, so it scratches the firefighter itch to just walk into a room that’s engulfed and drench it until the fires are no more. There are also additional hazards to watch out for, such as electric sockets that will electrify areas you drench or pockets of gas that can put a quick end to your adventures. You can also bring items to mitigate these, such as a hairdryer or an EMP grenade that shuts the power to a room off. 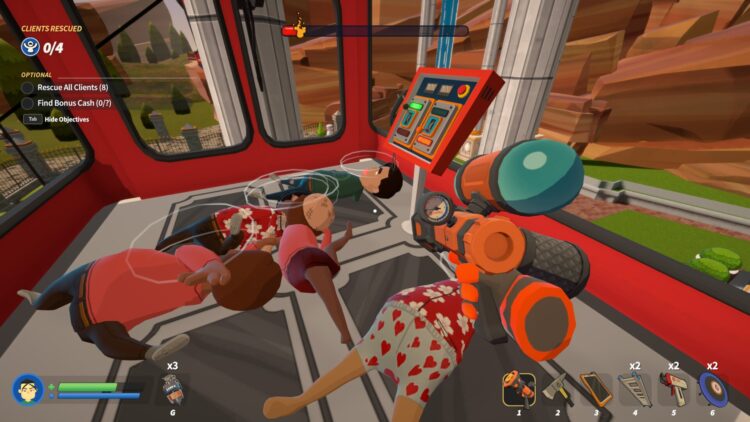 Burn to the ground

There’s not a ton of stuff to buy in Embr, but there are a couple of super expensive items that do ridiculous things, such as turning your hose into a jetpack. You can also get a rocket-powered axe. The game’s tone is silly, and it’s a lot of fun when it keeps gameplay pure. This is meant to be a wacky multiplayer game, after all. Unfortunately, things are only simple early on. For whatever reason, Embr started taking cues from Surgery Simulator 2 as new levels developed.

The game’s level select is broken up into three areas, and you need to clear maps to get access to subsequent ones. Early levels are just what you’d expect: go into a burning building, put out fires, and save clients. Issues do crop up during this section, though. The client AI is horrible, albeit intentionally. Embr satirizes the app commoditization sphere and the people who use it. You run into a burning building and many of your clients are standing with their phones out, completely oblivious to what’s going on around them while they wait for rescue.

But if the clients aren’t standing idly by; they’re running around like idiots. They have zero self-preservation instincts, so you can start a map only for one of the clients to get themselves killed in the first 30 seconds. It’s horribly frustrating to have to restart a map simply because a client decided to run back into a burning building for no reason. Each map’s main focus is a rescue mission where you have to get half the clients to the rescue zone and then make your own escape. Doing the bare minimum will net you three flames out of five (like the star system for mobile apps). Get every client out of the building and you’ll get full marks. 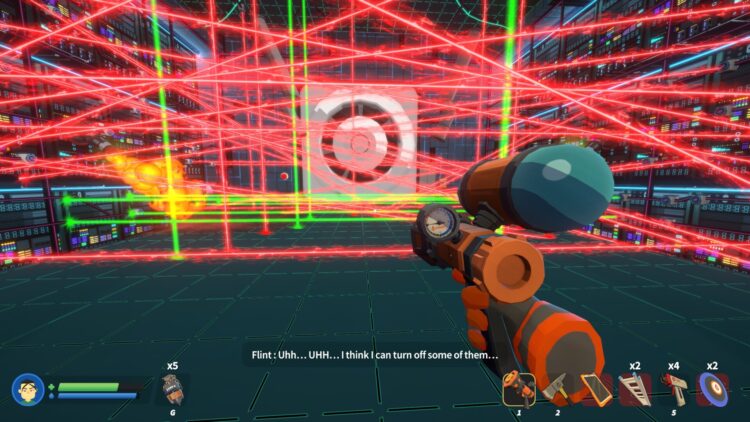 There are other missions available for most maps, too. The game includes salvage missions where you have to get valuables outside of the building, as well as Embr Eats missions where you take clients food. There are even missions where you have to set the buildings on fire yourself. They add a lot to the game as they make you approach things from a different angle. But the direction that many of Embr‘s maps go in just doesn’t mix well with the rest of the game’s design philosophy. I mentioned Surgery Simulator 2 earlier for a reason. The game becomes strangely focused on keycards and puzzle-esque level design.

Instead of fighting through blazes and rescuing people, many of the levels instead require you to memorize layouts, learn where keycards are, and figure out ways around unnecessary gimmicks. Some maps even have traps. One has you go into a burning club. Its upper area has a floor that ejects you if it detects non-members, which can instantly kill any clients that happen to be on the floor. I learned that the hard way. There are a good amount of levels like this, too, which I found more tedious than anything. This is supposed to be a silly multiplayer firefighting game, right?

Another level tasks you with getting people out of a mansion with a rotating staircase. Then, there’s a level set at a ridiculous high-rise office that you need to use tubes to navigate and you can only go certain ways. The level design is antithetical to what Embr is good at. It shines when you’re fighting fires and rescuing people. I don’t understand why the game needed to turn to gimmicks and puzzles. Sometimes you have to carry people to retinal scanners, making it impossible to save everyone. It’s baffling to me. Some levels even have weird bugs that make matters worse, such as one where you have to move people with a tram.

Sometimes, people you need to rescue just fly right through the walls and die for no reason. Occasionally, clients will end up stuck in geometry and you can’t save them. Your character can also die nearly instantly from walking too closely to grease fires or other hazards. One level has a spot where it’s easy to accidentally start a grease fire. If you do, you can’t get into the floor from its main doorway anymore unless you just want to die or get so close to dying that the rest of the fire can easily finish you off. 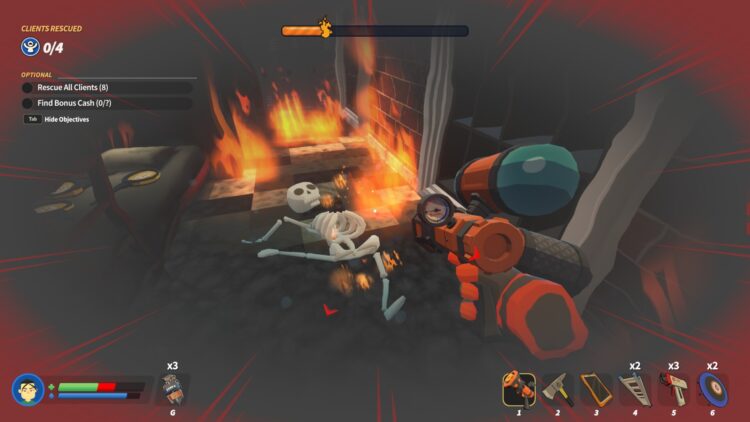 Why are you here?

Then there are Embr‘s boss battles, which I can’t stand. You have to sit through unskippable dialogue in all three of them, and they’re often longer than they need to be. The game’s last boss battle takes 10 minutes and you have to go through the same crap again if you make a single mistake. Once again, the boss battles themselves are antithetical to what the game is good at. Imagine playing a skateboarding game where you have to solve puzzles to unlock rails to grind on.

Honestly, I get why the game is like this. I understand that the developers wanted to spruce things up and add more to it so the game wasn’t just running through levels to fight fires and rescue people. But throwing in unnecessary additional elements only serves to dilute that. I like Embr when it isn’t trying to be something it’s not, but it tries to be too many things at once and ends up squandering its positives. The game can be a lot of fun, but it’s also tedious and frustrating a lot of the time, and I can’t help but wish that different paths were taken as it made its way through Early Access.

Embr is fun when it focuses on fighting fires and rescuing people, but there are too many gimmicks and unnecessary additional ingredients thrown into this pot. There's enjoyment to be had, but it could have been a lot more compelling had it just gone the obvious route.