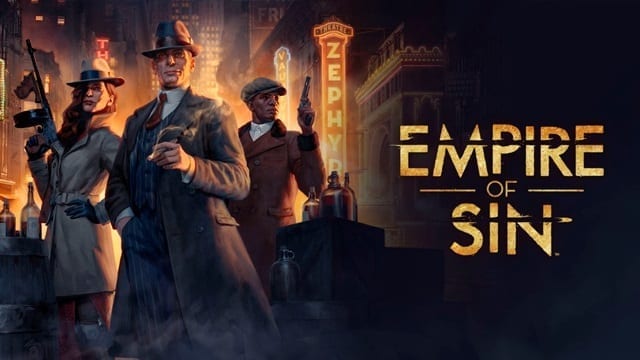 Brenda Romero is a veteran of the games industry with dozens of credits as a designer, writer, and playtester. She is currently the director of Empire of Sin, first announced at E3 2019, along with her husband, John Romero. In the first dev diary for the game, Brenda tells a personal story of her motivation to make Empire of Sin. She’s wanted to develop this game for over 20 years. It all starts with her experience growing up in Ogdensburg, New York.

The city has a pub called The Place, which is its oldest pub and allegedly the longest continuously operating bar in the United States, even during the Prohibition. It even hosted famous figures such as boxer Jack Dempsey and John F. Kennedy. Brenda says that what fascinated her was the claim that it never stopped selling alcohol during the Prohibition. She tried to get more information about the bar from her mother, to no avail. Later, Brenda discovered that her grandmother was a “genuine flapper” and possibly a habitué of The Place during the Prohibition.

She never stopped wondering about the goings-on at The Place. This ended up as the basis for the kind of true crime strategy game Empire of Sin aims to be.

This fascination is something that’s stayed with me for years. How do you build an empire in the shadow of the law? How do you use the law to do your bidding? How do you gather close a crew of criminal associates? How and why did this whole thing work? Thankfully, Paradox is giving me a chance to answer this question. I love playing strategy games, and given my history on games like Jagged Alliance and Wizardry, it felt like the perfect match.

Empire of Sin and the Roaring 20s

The Roaring 20s is indeed a fascinating period for a game like this. The original Mafia by Illusion Softworks was set during the 1930s, but it still portrayed organized crime during the Prohibition. I can definitely dig the idea of a tactical strategy-RPG set in the 1920s, with crime empire building and management on top. However, I hope the tactical combat gameplay has some depth to it, which quite a few developers fail to do. Brenda Romero certainly has a great experience as a writer for the original Jagged Alliance games, but solid turn-based combat can take a lot of work. I’ve had some bad experiences lately with subpar turn-based combat, and I hope Empire of Sin does not join them.

What do you think of the background of Empire of Sin? Do you think it will make for a compelling setting? Do you have any hopes for the gameplay? Drop your comments below and let us know what you think!