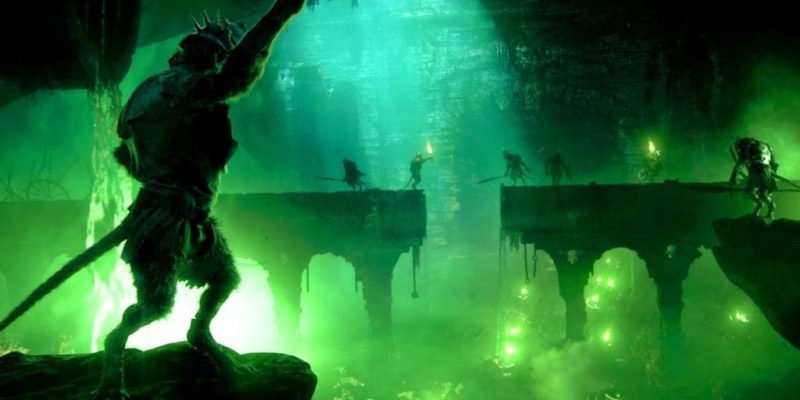 Another class has been revealed for co-op Skaven-basher Warhammer: End Times Vermintide: the Empire Soldier.

The Empire Soldier, Markus Kruber, is a powerful warrior who prefers heavy weapons, differentiating him a fair bit from the previously revealed Waywatcher and Witch Hunter, both of whom are rather more agile. He’ll have access to a Great Hammer, a Great Sword, and can also use a One-Handed Mace or a Sword and Shield pairing to his advantage. He’s versatile at range, too: the Blunderbuss is powerful up-close, the Repeater Handgun can lay down a barrage of fire, and his heavy Handgun can punch through thick armour with ease.

He’s also got a truly staggering moustache and beard, which is obviously the most important thing.

Warhammer: End Times Vermintide is the next title from Fatshark, pitting a team of players against a ravening horde of Skaven. It’s got a fairly heavy focus on melee, and as Fatshark developed War of the Vikings, I’d expect that the melee will be really rather good.

You can read more about Markus on the official site, or see him in action below via a mix of screenshots and concept art. Warhammer: End Times Vermintide is due out later this year.