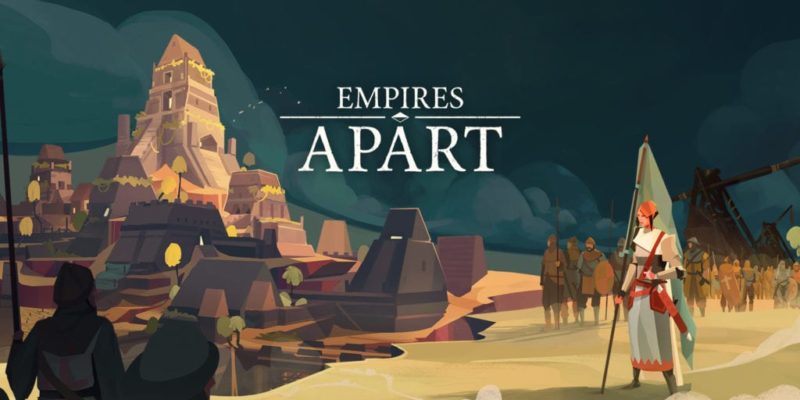 Empires Apart is a new, multiplayer-focused RTS. It certainly looks crisp and pretty, but is it any good? The short answer is: it’s a good job it is multiplayer focused, because the single player is dreadful. If you only want to play single player this is not the title for you, the AI is appallingly bad. If multiplayer is your thing though, keep reading because it does deliver.

As this is an RTS, almost all of you will know what that entails; gather resources, build a base, build units, destroy the enemy base. At times this can feel like a reskin of Age of Empires 2, and having played that extensively, Empires Apart does feel quite familiar. It does, however, shake up the formula just about enough to feel original, though barely.

Leveling up is split into 2 branches, economic and military. There are two levels to each, both give access to new units, buildings and techs. Relics give faction-wide bonuses, as opposed to simply generating gold. The maps are procedurally generated, although that’s just the posh way of saying it has random maps like AOE 2. It also has hero units,  two for each faction, and you pick which one you want before the start of the match. The heroes are either a warrior or ruler, warriors being great at combat and providing buffs to nearby units, and rulers providing bigger buffs but less competent in combat. Finally, a little gripe, but I do lament the lack of an auto-explore button. It really can be quite tedious manually exploring the map, especially large ones, in such a fast-paced game where attention and time are at a premium. 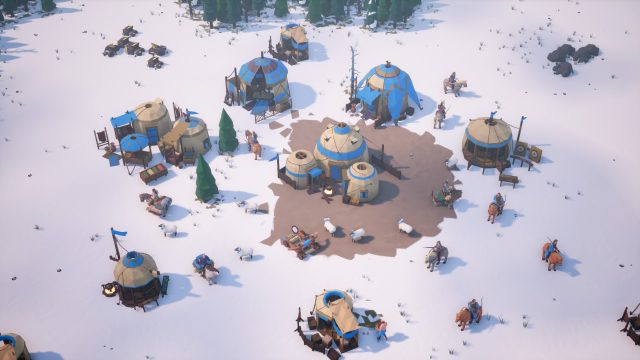 The visuals are gorgeous

I realise that so far most of this is sounding like a rather standard and unoriginal RTS. However, the faction differentiation is great and certainly sets this game apart from AOE2 which it otherwise feels like. The factions are France, the Byzantines, China, the Aztecs, the Arabs, and the Mongols. All units are unique to their faction, and all factions play differently. The Aztecs, for instance, are a very aggressive faction because their units need to kill enemy units to individually level up as opposed to all being leveled up with tech. The French and the Byzantines are both defensive and require resources and tech to level up units. The Mongols are truly unique. They are fully nomadic, all of their buildings can be dismantled into the special units which produce them and moved at the same time. They are so different to play that I’m not quite sure if they are really balanced.

There are several game modes. Conquest, where you have to wipe out the other players; Assassination, where the objective is to eliminate the other players’ hero unit; Diplomacy, similar to conquest but you can swap sides and backstab; and Diplomacy Assassination, I’m sure you can figure that one out yourselves. There is also a challenge mode for each faction with six challenges for each and all revolve around killing a set group of enemy units in a certain way. Lastly, there is survival mode, where you have to build a base in the centre of the map and face wave after wave of enemy units which become progressively stronger. The AI is so awful though that this poses no real challenge.

That brings me neatly on to my single biggest criticism of this game. I’m fully aware that this game is multiplayer focused and the single player is more for practice and getting used to the game before playing human opponents, but the AI is terrible, and I would go as far to say laughably awful. It seems to get worse the higher the difficulty level (no, I’m being serious, it really does). The AI can’t even handle playing as the Mongols because of the special way of constructing buildings. Sometimes it even forgets to produce military units as the other factions. As I said at the start of this review, and I can’t stress this enough, if you are only looking to play single player avoid this game, at least for now, as you will be wasting your money. 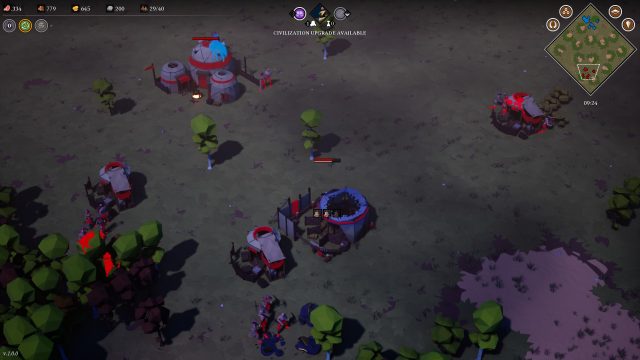 The AI is woeful. This is the Mongol base after almost 10 minutes. I won the game with 2 units

I’ll try to end on a bright note as the Empires Apart’s multiplayer does help bring the game together. It’s fast-paced and can be a thrilling game when playing against a human opponent. As with multiplayer in most RTS games, players with a high average clicks per nanosecond will enjoy it more than their sluggish counterparts (me). The diplomacy game mode allows for some delicious treachery.

This is DESTINYbit’s debut title, so I hope they can improve upon Empires Apart post-release or come back with a stronger second game. Despite the criticism, it will be interested to see what they come up with next.

With the game being split between a flawed single-player component and a reasonably competent multiplayer mode, two scores might help you decide on this one. With that in mind, if you are only interested in multiplayer then it’s more a 6/10. The single player, on the other hand, is more a 4/10 which averages Empires Apart at 5.

Looks like a newer version of Age of Empires 2, and plays like a modern RTS. Good faction differentiation isn’t enough to save Empires Apart from being less than mediocre due to weak single player.