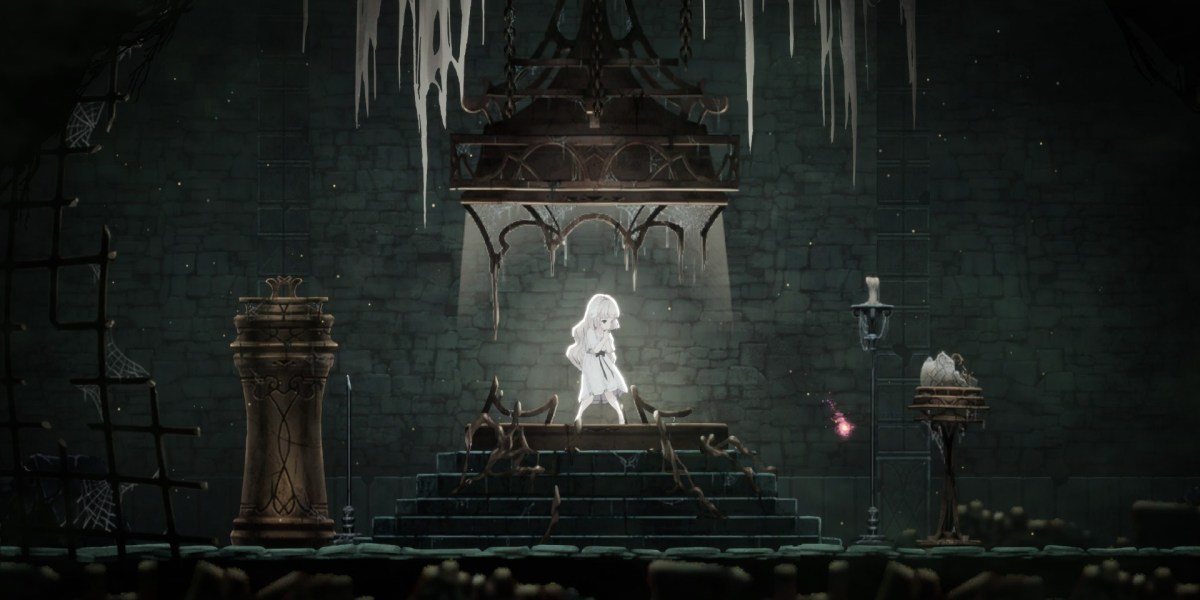 The White Parish is the first zone in Ender Lilies: Quietus of the Knights. Think of this as a tutorial area of sorts.

You’re greeted by the Umbral Knight, a spirit who promises to protect you. He’ll allow Lily to use sword swipes. Remember, unlike the other spirits in the game, the Umbral Knight uses Ancient Souls for its enhancements/upgrades.

A couple of rooms in, you’ll find the Soiled Prayer Beads (slightly increases max HP). Likewise, you’ll have your first boss battle in the game. You’re going up against Guardian Sigrid. At the start, she’ll run around to swing her ball and chain weapon. Once you deplete her HP bar, she’ll transform into a monstrosity. She’ll be able to leap and rush to your location, so make sure you dodge and stay mobile.

Rewards: Defeating Guardian Sigrid grants you her skill (a swinging hammer), as well as the Guardian’s Leap perk (double jump). Return to the previous room (Cathedral Cloister) and double jump on the ledge to grab the Soiled Prayer Beads. 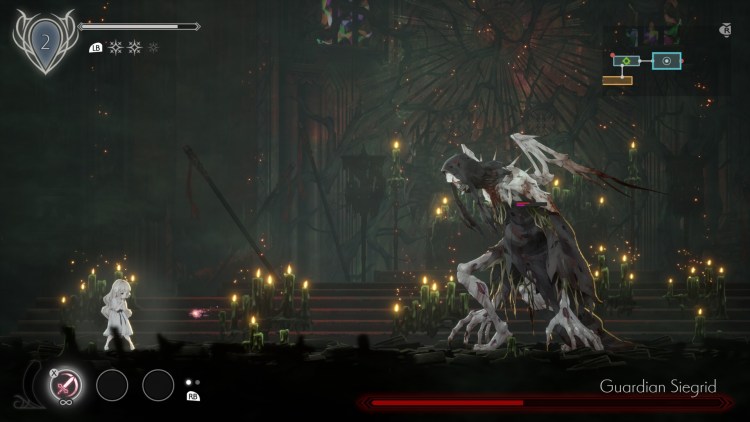 Will we return to the White Parish?

There are two reasons why we’ll return to the White Parish later. We’ll need to reach the upper chamber in the Cathedral Cloister. We do need a lot of perks beforehand, including those from bosses like Knight Captain Julius (seen in the image below) and Ulv, the Mad Knight.

Much later, we’ll also revisit the first room where Lily woke up. This has a secret door that can be unlocked. 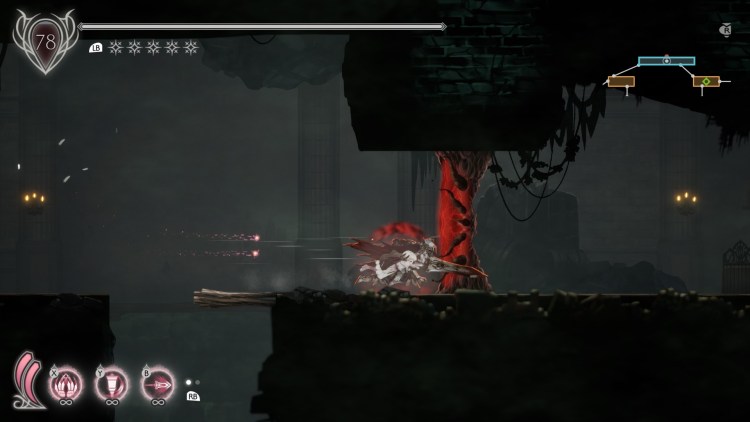 For now, though, just continue onwards after the Guardian Sigrid battle and you’ll find the Cliffside Hamlet Youth miniboss. This lets you throw a worm that deals a small amount of damage.

Eventually, you’ll reach a respite in the Crossroads. The upper-right exit takes you to the Cliffside Hamlet. Meanwhile, the bottom-right exit leads to the Witch’s Thicket.

Let’s visit the Cliffside Hamlet first. Let’s talk about this zone in the next part of our Ender Lilies: Quietus of the Knights beginner’s guide. 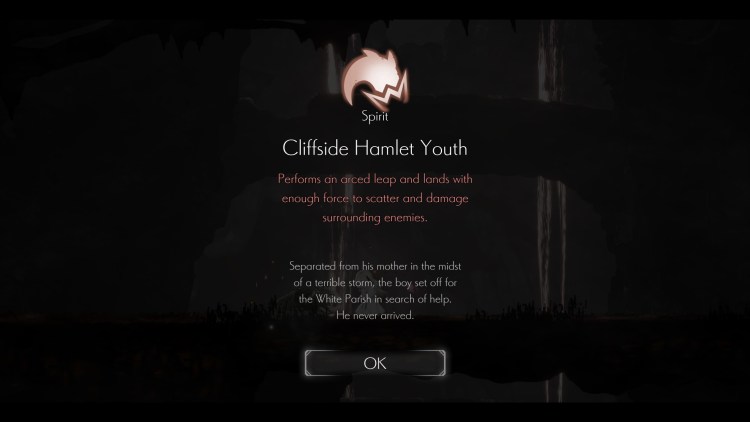 By Cameron Woolsey54 mins ago
Guides