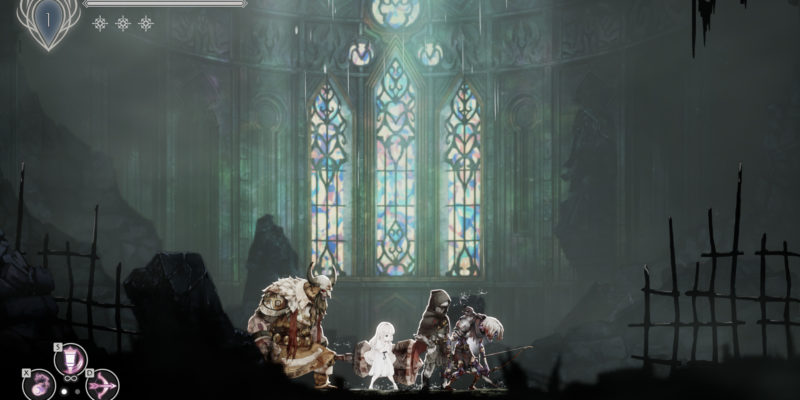 PAX Online is starting this weekend, and it’s bringing plenty of new reveals and trailers for games coming out this year and next. Some games got a bit of an early reveal ahead of the show, such as Ender Lilies: Quietus of the Knights. Ender Lilies is a dark, Metroidvania game from publisher Binary Haze Interactive and developers Live Wire and Adglobe. The release date is planned for later this year.

Players will explore a haunting supernatural world as they try to break a curse that has befallen the planet. The game has a heavy emphasis on moody, atmospheric music. All the music in the game is composed by the Japanese indie group Mili, whose work includes “Rightfully,” the opening theme in the anime Goblin Slayer, as well as the ending theme to Ghost in the Shell: SAC_2045.

In Ender Lilies, you take on the role of Lily. The last priestess left in the land, Lily faces an unending rain that turns people into the undead. At the start of the game, she awakens in a church with no memory of recent events. She must then explore beyond the safety of the church walls to find out what is happening and why. Lily also has the ability to summon the spirits of undead that have been purified. Her quest is to find the source of this rain that is twisting the world she calls home.

Ender Lilies, the first of more to come

The studio behind the game, Binary Haze Interactive, was established just this year by Hiroyuki Kobayashi in June. Koyabashi worked at Capcom for many years, and produced many of the publisher’s games including Devil May Cry 4 and Dino Crisis 1 and 2. Director Keisuke Okabe will helm the story and game direction for this first entry of the studio’s three upcoming titles. The other two games, under development by Adglobe’s teams in Tokyo, Osaka, and Montreal, will be revealed next year.

Ender Lilies: Quietus of the Knights will release next year on PC via Steam in late 2020.

Tamarin review – Bland to the bone