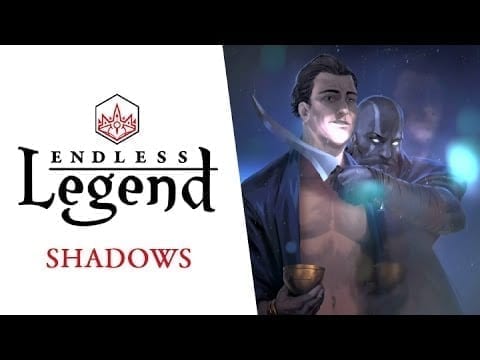 In Endless Legend Shadows, you meet a new faction called “The Forgotten”. As well, they have included a brand new way of organizing your strategy with espionage. Players can control invisible units using the new “Camouflage” and “Stealth” systems in order to spy, infiltrate, pillage, and assassinate, as well as using counterespionage skills for protection with “Detection” and more.

Espionage is really something we were dreaming to do in Endless Legend for some time now. We tackled the subject in a new way that will reinforce paranoia and bring players’ nerves on edge.

See the launch trailer for Endless Legend Shadows below:

Endless Legend Shadows is a nightmare out of history. The Forgotten are a faction that all others thought to be lost or dead. Against their will, they were forged into a tight society of violent and distrustful survivors, having spent the final years of the cataclysm alone on the surface of Auriga. Now, as rifts in their society have led a splinter faction to declare its independence, the Forgotten are risking everything in the hopes that the other factions will accept them – or kneel before them.

Everspace is funded – Get ready for rogue-like space action