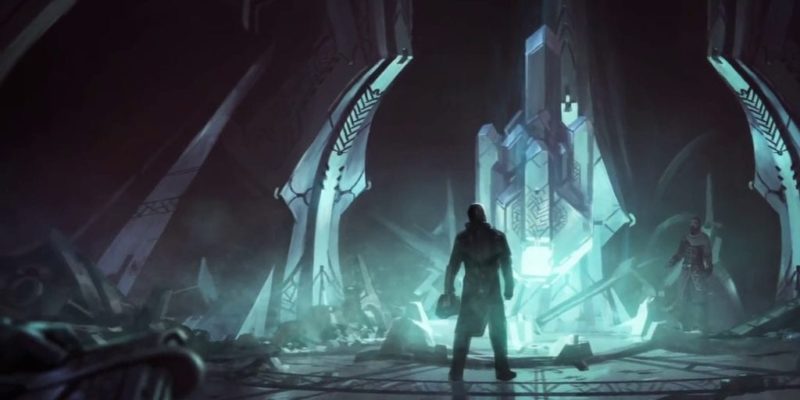 Brand new Trailer and Artpack released for “The Vaulters”

From the creators of the awarded 4x space strategy hit Endless Space (2012), Endless Legend (PC), a 4x fantasy strategy game currently under development by Amplitude Studios and to be published by Iceberg Interactive. Endless Legend offers a brand new twist on the “Endless”lore with a focus on a single planet and the fantastic factions that populate it: Auriga, a world entering a new era recovering from an epic cataclysm.

In a series of upcoming faction introductions, Amplitude Studios starts off today with ‘The Vaulters’. The Vaulters’ are the most sci-fi like faction of Endless Legend. They have been a part of Amplitude’s other games Endless Space and Dungeon of the Endless and will now also star in Endless Legend.

You can view details about the game after the break.

“It is a time of change for the Vaulters.

For countless generations they lived as loosely-federated clans in the vast underground labyrinths that riddle Auriga. Their skills in mining and crafting made them comfortable, and their study of ancient artifacts slowly unlocked the secrets of their world’s past. Though their origins were lost in legends and myth, they had found peace and prosperity in the deep places of the planet.

Suddenly, now, the Vaulters have been forced to abandon those ancient halls. The Great Quake broke walls and ruined roads and bridges; as their towns crumbled around them they fled to the surface. Some turn for answers to the priests in the Church of the Great Orrery, others look to their leader, Szabad Ilona, First of the Bloodline. For a people deeply bound by tradition and unused to change, the surface of Auriga is a frightening place.

Torn between the secrets of the planet, their own traditions, and their need to survive, the Vaulters may struggle. But they will not fade, or surrender.”

Another sunrise, another day of toil. Food must be grown, industries built, science and magic advanced, and wealth collected. Urgency drives these simple efforts, however, for your planet holds a history of unexplained apocalypse, and the winter you just survived was the worst on record. A fact that has also been true for the previous five.

As you discover the lost secrets of your world and the mysteries of the legends and ruins that exist as much in reality as in rumor, you will come to see that you are not alone. Other peoples also struggle to survive, to grow, and perhaps even to conquer.

You have a city, a loyal populace, and a few troops; your power and magic should be sufficient to keep them alive. But beyond that, nothing is certain… Where will you go, what will you find, and how will you react? Will your trail be one of roses, or of blood?