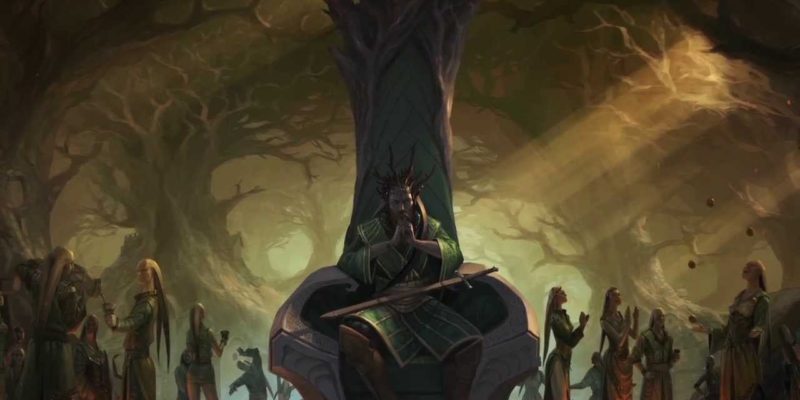 A look at the alpha quest screen for the Wild Walkers.

The second faction to be revealed for Amplitude’s 4x fantasy title Endless Legend are elves, basically. Dubbed Wild Walkers, these fellows used to live in the woods of the planet Auriga but have now taken to living in cities.

Thanks to their elvish nature, the Wild Walkers can transfer their spirit to woodland-dwelling animals in a rite called “The Sharing.” Unfortunately, some of the group got a bit hooked on this process and began to search for more savage beasts in order to experience The Sharing with even greater intensity. Sometimes they’d enjoy it so much they would vanish into the forest never to be seen again.

Not too helpful really. Nor is too helpful that the animal spirits can burst out of the elves during times of stress.

The Wild Walkers who now live in cities have forsworn The Sharing as being entirely too dangerous and addictive. But the flavour text for the faction suggests it may still have a hold over them (I kind of hope so, it’d make for some interesting unit mechanics.)

Endless Legend is due to appear in Steam Early Access around the second quarter (April-June) of 2014. See a trailer and some screenshots relating to the Wild Walkers, below.