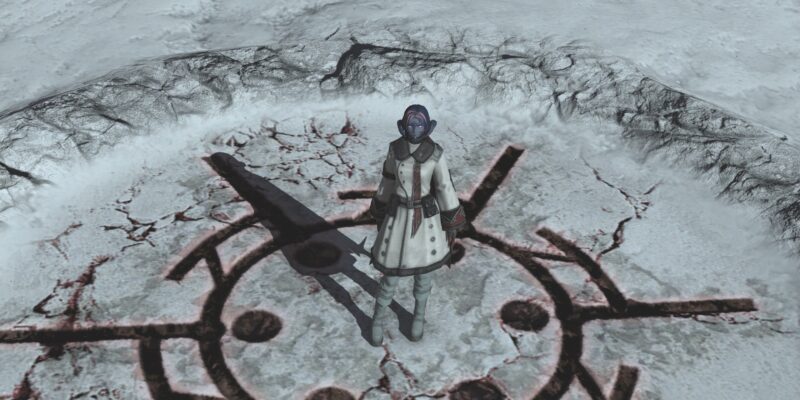 The very first Trial in Endwalker is not what you might think, and that’s why I’m slapping a gigantic spoilers below warning right here, right now. This is a The Dark Inside guide, and I’m not even going to attempt to discuss how to do this Endwalker Trial without first warning you that there will be spoilers within. In fact, they’ll be two paragraphs down.

This is your last warning. Turn back, all ye who fear spoilers.

Right. Let’s get on with fighting… Zodiark? Zodiark is the first real boss in Endwalker? The dark god we’ve been building up to for ages? Oh. Oh no.

Endwalker — The Dark Inside guide

Pay attention. No, not to me (well, that too), but to the first phase of the fight. As with pretty much every boss, Trial or otherwise, the first bit of the fight is mostly the boss showing off moves before it starts stringing them together in more complex ways. That’s equally true of Zodiark, but the way this boss changes things up is… interesting.

Initially, the two important things to remember are which Exoterikos sigils do which attack, as everything else is pretty heavily telegraphed. Once you transition into the second phase, things get a lot more complex because he’ll start using two or three abilities at the same time. Also, Astral Flow. 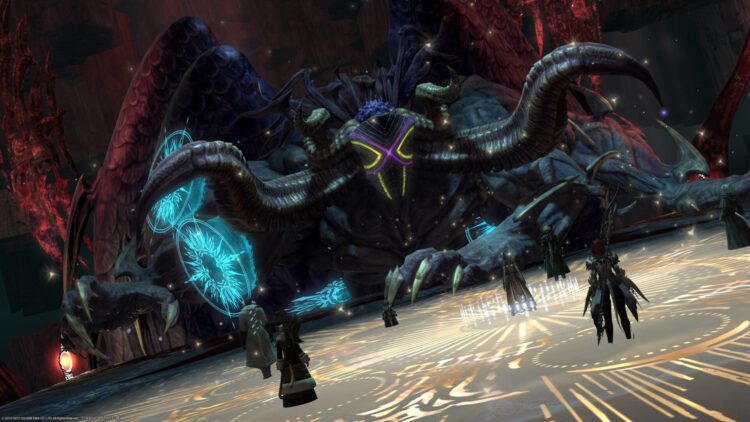 Astral Flow is a really annoying ability, especially if you’re not great at mentally rotating things. This turns most mechanics on their head in that you need to run into danger zones to avoid them, as it freezes you in place and rotates the arena by 90 degrees. It’ll probably take you a moment to get your head around where the new safe spaces will be. My initial piece of advice for this is to move further to make sure you’re safe. It’s much, much better to be safe having traversed half of the arena to get to a corner, than it is to stay near the middle and potentially be just inside an AoE.

Algedon and Astral Eclipse are two other abilities worth noting. The former is pretty much an instant kill because of its knockback, so if Zodiark ever moves to a corner, tuck yourself into a corner that does not contain him and isn’t the corner he’s facing. If you’re in the middle of the arena when the AoE indicator comes out, you’re not so much going “To The Edge” as you are off the edge. (Spoilers for Shadowbringers in that link, but if you’re reading this…)

Meanwhile, Astral Eclipse takes most people at least one attack to figure it out. Basically, the arrows don’t mean anything in terms of where AoEs will land. Look at where the arrows are coming from and you’ll see a pattern of stars, which indicates where circle AoEs will land on the “grid” that you’re standing on. It’s not as hard to dodge as it might first appear, but as with Astral Flow it’ll take a moment to get your head around how it functions and relates to the space around you.

Finally, I’ll quickly mention that if you’re a healer and are partying with people at-level, you really need to be on guard. Styx hits incredibly hard and any mitigation abilities like Temperance are tremendously useful. And you’ll likely want as many heals available as possible for situations like that, but he’ll likely cast it again before they’re back off cooldown. Likewise, Kokytos reduces all HP to 1 so that requires some swift healing, but between two of you that shouldn’t be so problematic. 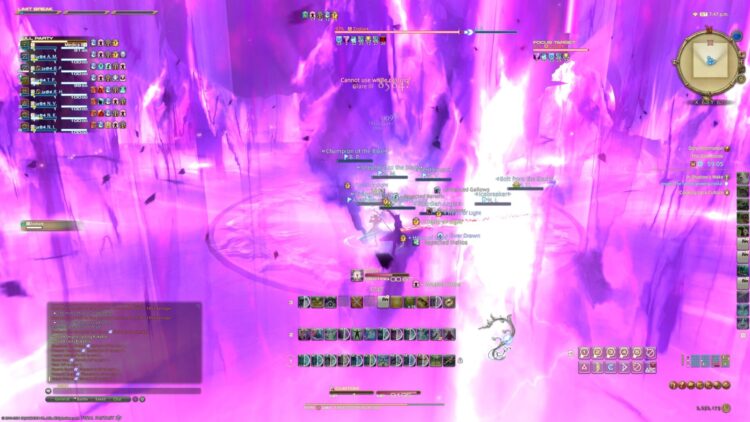 Zodiark opens with Kokytos to reduce everyone’s HP to 1, and he’ll do it at least once more during the battle.

Kokytos — Reduces the health of the entire raid to 1.
Exoterikos — Summons an arcane sigil, either red/pink or blue/purple, on one side of the arena.
Purple arcane sigil — The blue/purple sigil will shoot out a conal AoE (Esoteric Sect) that spans to the two farthest corners about seven seconds after it appears. Stand in the corners nearest it to avoid.
Red arcane sigil — The red/pink sigil will shoot out an AoE (Esoteric Dyad) that covers the half of the arena it’s on. Move to the far side of the arena to avoid.
Ania — Tankbuster. Mitigate as needed. This may be an small AoE tankbuster, but I haven’t seen it hit anyone else.
Paradeigma (1) — Summons two glowing Behemoths that will explode into circular AoEs (Meteoros Eidolon) large enough that they overlap in the middle. Stand in the corners away from them to avoid.
Paradeigma (2) — Summons two glowing pythons at the side of the arena that will fire out a line AoE (Opheos Eidolon) straight across from them.
Phlegethon — Throughout this cast, circle AoEs will be dropped at the feet of raid members several times. Move away from them.
Styx — One party member is targeted with a stack marker. Like Akh Morn, this will hit multiple times (five, by my count); heal through it and probably use AoE mitigation. This hits hard.
Complete Control — Transitions the fight to phase two. 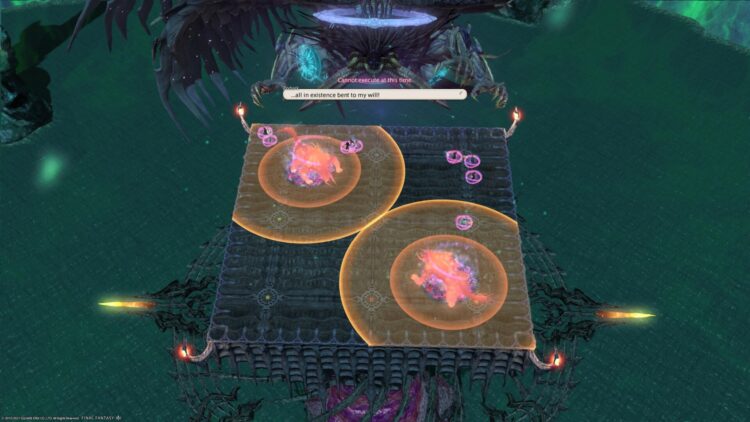 A before picture of Astral Flow, rotating the arena 90 degrees… 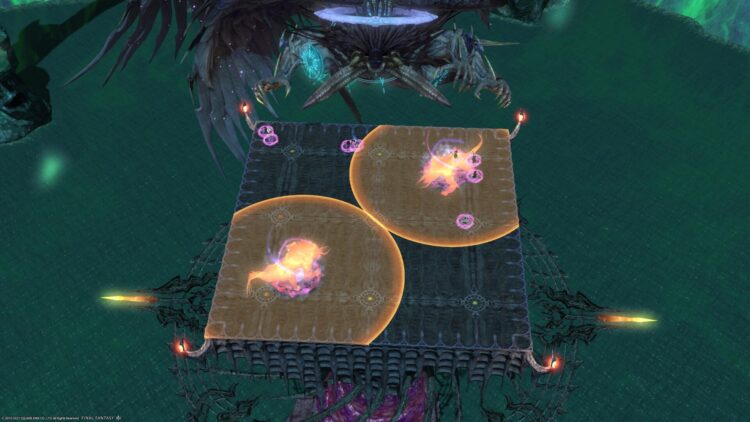 … and how it looks after the 90 degree rotation. So yes, those people in the upper right are getting smashed.

Astral Flow — Giant arrows appear around the outside of the arena. This indicates that you’ll be frozen in place and the arena is going to rotate 90 degrees in that direction. Note carefully that the arena will rotate in that direction, not your character. Bear this in mind, because if those arrows are visible then it basically means the safe spots from AoEs are 90 degrees away from where they appear.
Adikia — Zodiark slams his fists down on both sides of the arena, causing giant circular AoEs. Stand to the north or south of the arena to avoid.
Triple Esoteric Ray — Zodiark summons three green arcane sigils that shoot out unmarked line AoEs, each a third of the arena wide. These fire in the order in which they appear, so stand where the final one appears and then move into the space created by one that’s already fired.
Algedon — Zodiark moves to one corner of the arena and then launches a gargantuan line AoE, with knockback, from his corner to the far corner. Stand in one of the other corners to avoid. The knockback will almost certainly knock you off the arena to your death. You may be able to avoid this with abilities that prevent knockback, but you’re still taking huge damage if so, so that’s a last resort.
Astral Eclipse — Zodiark becomes untargetable and flies around the arena, and three arrows will point towards the arena from the sky. If you look at where the arrows comes from, you’ll see a pattern of stars. These indicates where circular AoEs are going to hit the arena. Think of the arena as a 3×3 grid, and the star positions indicate which grid squares are going to get hit (with some overlap). Note that there isn’t much time between AoEs, so once one set lands, you need to move to another safe space immediately. Ideally, plan it out so that you don’t have to move at all during at least one starfall.
Trimorphos Exoterikos — Zodiark summons three arcane sigils of the blue/purple and red/pink variety, which will go off in the order in which they appear. 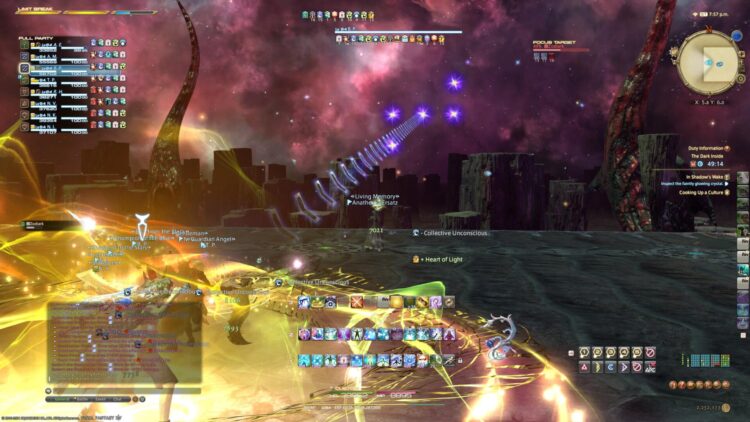 There’ll be three sets of these stars to the sides when Zodiark is done with Astral Eclipse. They indicate the AoEs from the direction you’re looking at the stars, so in this instance, forward and forward-left would be safe, as would backward and backward-right.

Remember which Ekoterikos sigil does which. Seriously. It’s only one thing to remember but it’ll save you some precious time (and potentially health).

Definitely play it safe with Astral Flow if possible. If there’s one ability that will kill parties (other than not knowing how Astral Eclipse works) it’s this. My usual trick with the rotations is to look solely at the corners, but that’s just how my mind works: it’s easier for me to figure that out than try to map out how the middle of the arena will be affected by rotation. With the Behemoths, if they aren’t adjacent to each other, then standing on either of them will be a safe spot. With the pythons, I look at where they themselves are and figure out if I need to be standing next to them or at the far corner for safety depending on rotation.

For that matter, just play it safe in general. Zodiark hits hard even without occasionally dropping your HP to 1, but there are attacks like Styx that are designed to punish parties that have already lost a few members — and, inexperience aside, being overeager is absolutely the fastest way to die here. 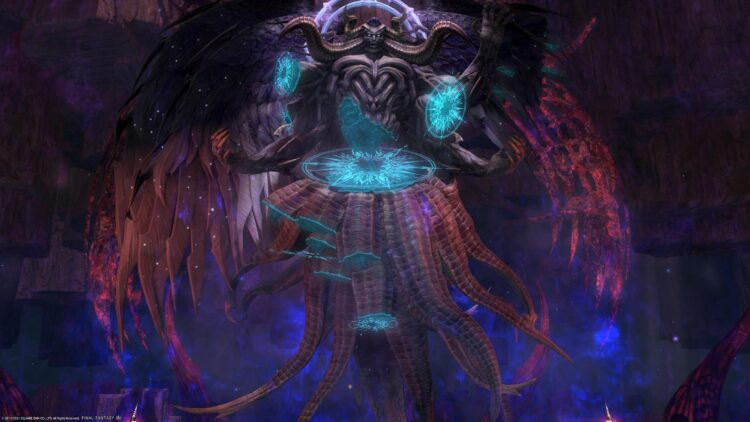 Fittingly for the dark god that we’ve been building up to all this time, Zodiark is a rough boss… even if he’s only the first Trial of Endwalker. Expect to wipe at least a few times if you and most of the rest of the group are new. If this happens, then chances are it’ll be Astral Flow and Astral Eclipse causing you issues. Stop, take a breath, and think. You’ve got this.

But even though our The Dark Inside guide has helped you beat Zodiark, this is still just the beginning of Endwalker. We’ve a lot more Final Fantasy XIV: Endwalker guides to come, don’t you worry.