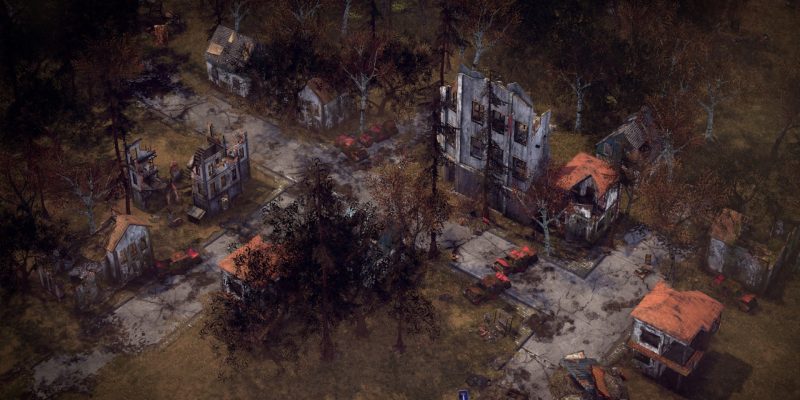 Note: This guide is based on Endzone – A World Apart‘s Early Access build just prior to the release of version 1.0. You may also check out our guides regarding expeditions and research/technology.

To be clear, the survival sandbox in Endzone – A World Apart might seem relaxing and fairly lenient at first. But you’ll soon run into issues with production chains and settlers’ jobs/tasks. As such, it’s important to take note of the buildings that you’re constructing, as well as the items and resources that you’re generating.

Moreover, this guide assumes that you’ll start a game with a lot of resources, radiation protection gear, and tools just to help with your future expansion. Likewise, the “in-game stage/season” simply denotes when you could construct certain buildings as others might be affected by available resources or research techs.

Bear in mind that several buildings in Endzone – A World Apart can have their “field of work” changed (seen below). This allows you to set a new radius of effect where certain tasks will take place in. For instance, once a scrapyard has collected a bunch of materials from nearby ruins, you can set a new salvaging area in other ruins. The same goes for forester’s lodges, hunting lodges, herbal huts, decontamination posts, markets, and more.

Lastly, do consider the number of settlers that you have. You’ll want to assign at least three people as builders at the start of your Endzone – A World Apart campaign. Over time, you could increase or decrease this number (same with other job types) depending on the needs of the settlement. 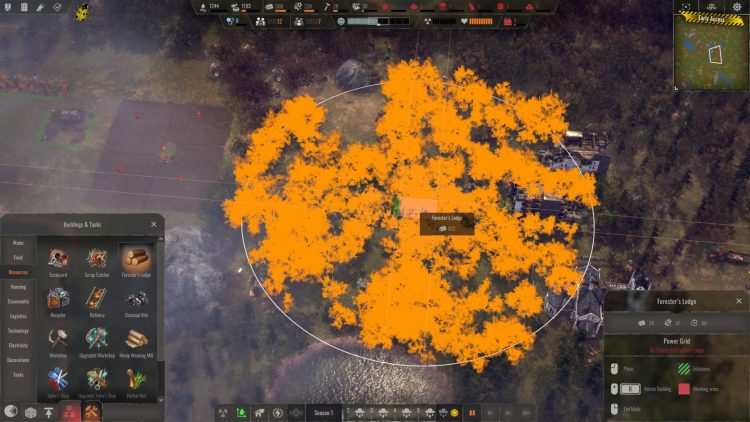 Ideally, you’ll want to have 1x jetty, 1x well, and 1x cistern at the start of your run in Endzone – A World Apart. These buildings need to be close to each other to speed up the movement of settlers. 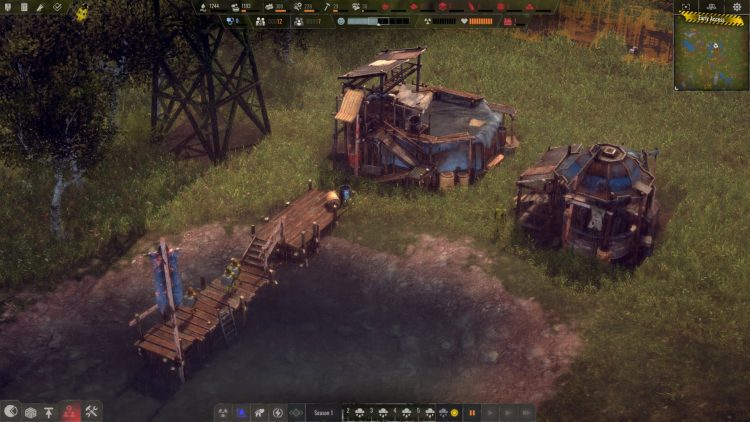 Regarding cultivated fields, you’ll want several plots to be within the radius of a single irrigation plant. This ensures that crops can produce bountiful yields when harvested. Just take note of the length and width limits on the grid when creating plots of land (6 is the fewest number of tiles and 16 is the maximum). 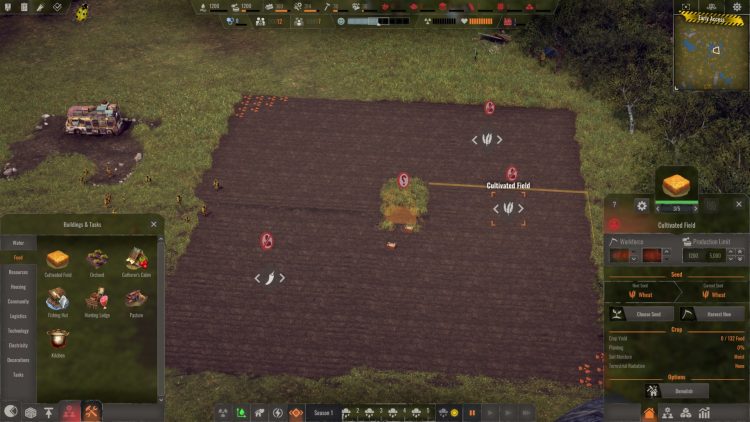 You’ll often have a bottleneck when it comes to radiation protection gear, which means you need extra clothing from recyclers and more output from tailor shops. Likewise, don’t forget to change the field of work of your scrapyard when the surrounding ruins have been depleted. 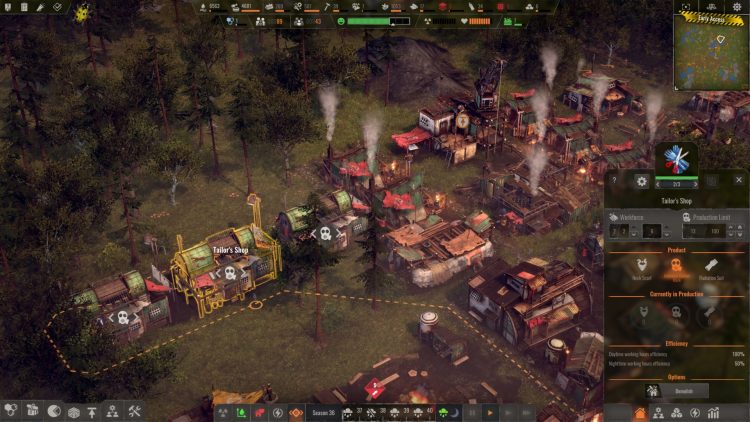 You shouldn’t attempt to provide housing to all your settlers early on in Endzone – A World Apart. This can cause a population boom due to the number of kids that start popping up. Just try to have at least 10 cabins, then adjust accordingly once new settlers have arrived.

You may also consider building a shelter just to provide housing without your settlers making babies all of a sudden. Oh, and in case your resource buildings (i.e., scrapyards, recyclers, and the like) are further away from your starting location, you could construct housing there, too. This will give settlers a home that’s near their place of work. 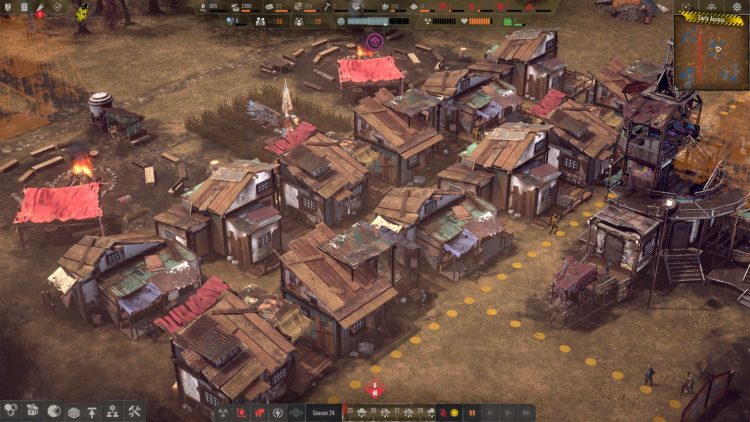 I would suggest prioritizing the school here just so you can start training the next generation of settlers in Endzone – A World Apart. The rest can be built later depending on the settlement’s needs.

Think of these logistics buildings in Endzone – A World Apart as akin to the production and transport chains in the Anno games. Resources are manufactured, but they need to be stored somewhere first. Then, they’re either picked up by settlers or they get delivered to certain locations.

Moreover, don’t forget to have Decontamination Posts. The “field of work” has to cover storage areas (i.e., warehouses, food stations, water towers, and the like) to prevent these resources from getting irradiated. 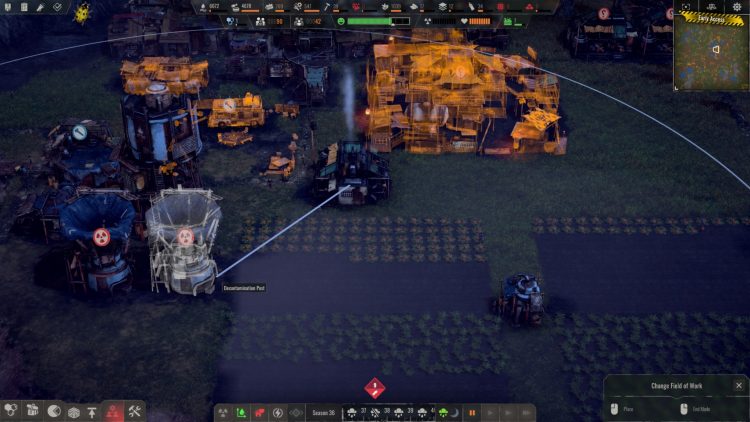 You can take a look at our guides regarding expeditions and research/technology for more information about these mechanics.

Lastly, there are a couple of building tabs in Endzone – A World Apart that we won’t be discussing in detail. These are the decorations and tasks tabs. The former simply has fluff and features that you can construct to increase attractiveness and settler satisfaction. The latter, meanwhile, places markers on a map that unassigned/jobless settlers will move towards so they can complete an objective (i.e., collect scrap, collect wood, collect plants, and more). 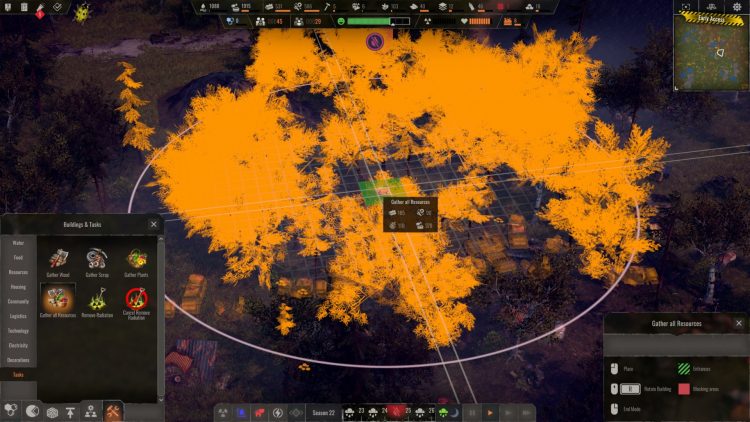 Endzone – A World Apart is available via Steam’s Early Access program. The game’s version 1.0 will release on March 18.