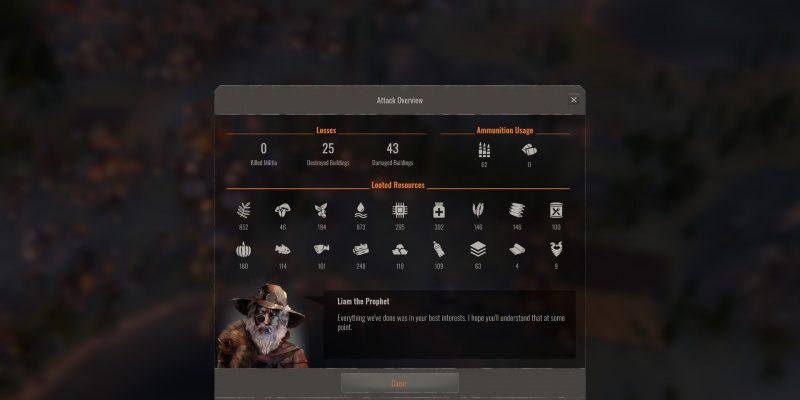 Note: This is the guide to defense in Endzone – A World Apart. If you have trouble surviving until you get your first raid, check out our beginner’s guide. For a more in-depth look at things are going to ruin, check out our guide regarding buildings/production chains.

First off, the unpalatable truth: to even begin defending yourself, you need to research defensive measures. To do that, you need an expensive research station, hard-to-find research tools from expeditions, and, of course, resources for the research. And that’s before we factor in the resources and personnel investment into actual defense infrastructure. But raiders will come for you sooner than you’re ready for. What can you do? 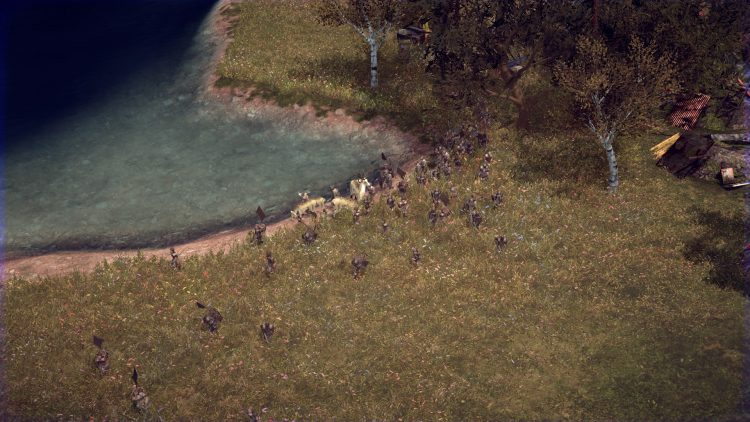 No matter how cooky/insane/high on paint fumes the raider group is, they’d love to get your goods without getting shot. That’s why you get a choice before every raider invasion: pay a tribute to make them go away, or weather the storm.

There are several raider characters in the game and each of them has different needs. For example, Liam the Prophet believes that modern civilized leading brought about the fall, and so he’ll want the more advanced resources like protective gear and plastics.

The point here is that you can’t just farm a single resource to buy off all the raiders forever, and with no warning of who’ll visit you next, you can’t even stockpile. Luckily for you, each raider has four resources they want, and your tribute can be a combo of those.

The basics of shooting raiders

The Watchtower is your basic method of defense in Endzone. It shoots at raiders who enter its radius. To prevent you from creating a killzone that gives raiders the Somme experience, the towers lose efficiency if their fields overlap. 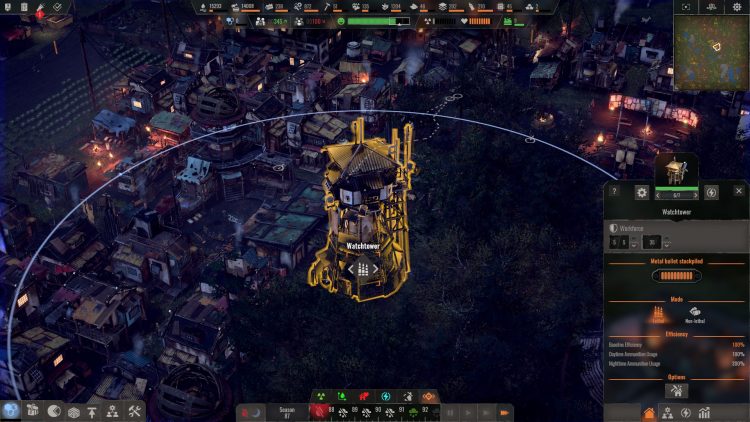 Aside from staffing requirements, your towers need ammo, produced by the Ammunition Factory. It’s up for you to decide if you want to use live ammo or rubber bullets. They cost mostly the same to manufacture, but the former requires metal while the latter need plastic. 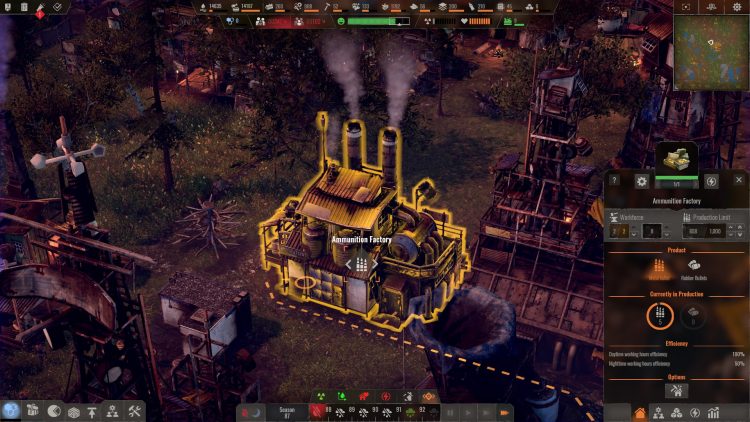 Live ammo depletes raider health; rubber bullets deplete morale. Either way, depleting one of the stat pools destroys the raiding force. The only other way the raid ends is if the raiders fill their quota by stealing enough of your resources.

There are two more buildings in the defensive research chain.

Barricades: These are meant to slow down raiders passing by them. Their effect doesn’t seem to have the same radius effect as towers, so you have to plant them like walls. 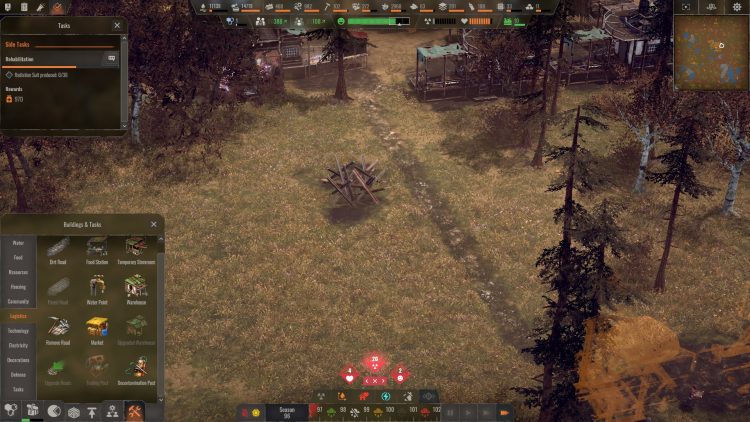 Noise towers: These require electricity to function and bring down the attractiveness of the surrounding area, but it deals morale damage to raiders — just like rubber bullets. 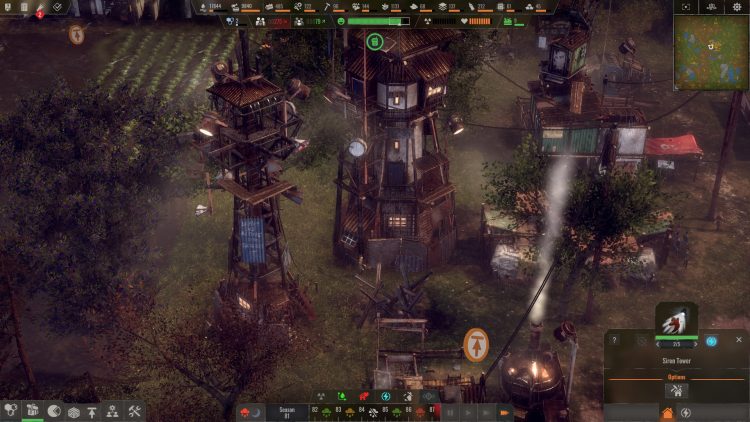 Watchtowers: their efficiency usually decreases at night, but you can solve that by supplying them with electricity.

Now, the raiders can come from any direction, and it’s nearly impossible to stop them before they reach the settlement. That’s why it’s a good idea to have some defensive towers scattered around the buildings to shoot raiders while they’re tearing through the town as well. You can also try to economize by selectively enabling and disabling Watchtowers according to the direction of the current attack.

Word of caution: as of the time of writing, the Endzone: A World Apart community is filled with complaints about larger raider groups being very hard to nearly impossible to stop (due to them dealing damage in a radius, which also means that they can wreck barricades easily).

This isn’t very surprising as the raiders seem to be an 11th-hour addition of the game. The developer is working to address this, but the current suggestion is to disable raiders in the scenario settings.

Tired of always being on the wrong end of the raider stick in a post-apocalyptic city sim? Then try out the new Bandit character in Risk of Rain 2 and do your own raiding!

Cause havoc in a cyberpunk city with up to three friends in The Ascent, coming to Steam this year