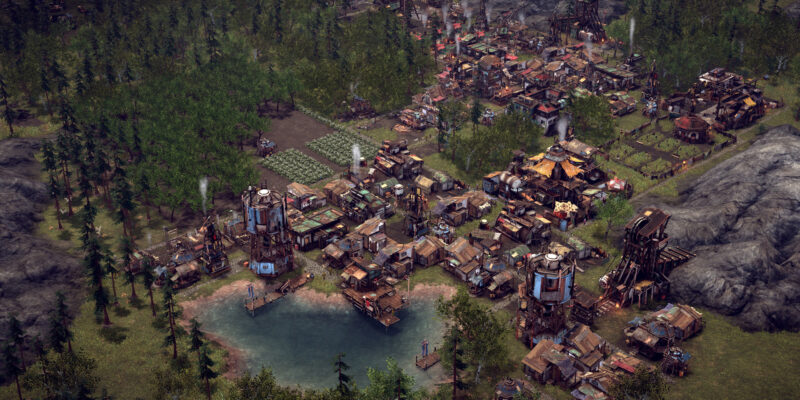 Endzone – A World Apart launched about six months ago, selling over 350,000 units along the way. People are, as always, very interested in building things in post-apocalyptic environments. The game is about to get even more lively, as its Prosperity expansion has been announced to launch in October. On top of that, there’s even a new trailer showing off what the expansion will bring to the table. If you’ve been itching for more Endzone content, this is likely to bring a whole lot of extra goodness to the game’s suite of available content.

In case you’re counting the days, Prosperity is set to go live on October 21, so it’s only about five weeks away. The expansion is said to be quite large and will have new buildings, gameplay elements, challenges, materials, and more. The expansion even allows survivors living in your settlements to make demands, so it’ll be even closer to the post-apocalyptic landlord simulation I’m sure many of you have been hoping for. These new demands are due to the game’s newer generation NPCs wanting a little more out of life than just shelter and survival. You’re going to have to supply things like refreshing beverages, warm baths, even cake and coffee.

Endzone – A World Apart‘s Prosperity expansion has been announced

Naturally, all the old dangers still remain. Everyone still needs to worry about radiation, toxic storms, and raiders. At least you’ll be able to build stronger fortifications using new materials like concrete, sand, cement, and, yes, metal. You can use these and more to build schools, water plants, and farms. Just look at how far we’ve come in this post-disaster society. It’s almost enough to make you shed a tear. Almost. Check out the new trailer below, which will give you a better look at all the shiny, new buildings. Prosperity can already be added to your Steam wishlist, so don’t forget to hop on that if you want to take a nice bath on day one.

Among Us gets a fanmade fighting game, Among Us Arena