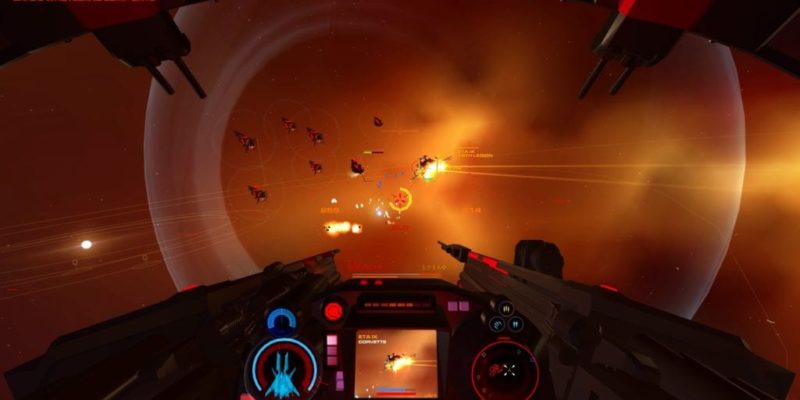 This new trailer for Marauder Interactive’s Enemy Starfighter teases its appearance at PAX with a gorgeous video.

It’s been a while since we’ve seen new footage for  former Bungie dev Mike Tipul’s Enemy Starfighter so it’s great to see the game is still very much alive and kicking.

This new videos trails the game’s appearance next week in the MEGATBOOTH at PAX Prime. Mike has been working hard to make this a great VR experience so it will be demoed with the Oculus Rift DK2. If you’re not keen on VR then there will be normal stations on which to check out the game.

If you like what you see then it’s definitely worth keeping an eye on Mike’s bl0g where he shares his development experiences creating Enemy Starfighter.

An hour within The Evil Within, with Pete Hines