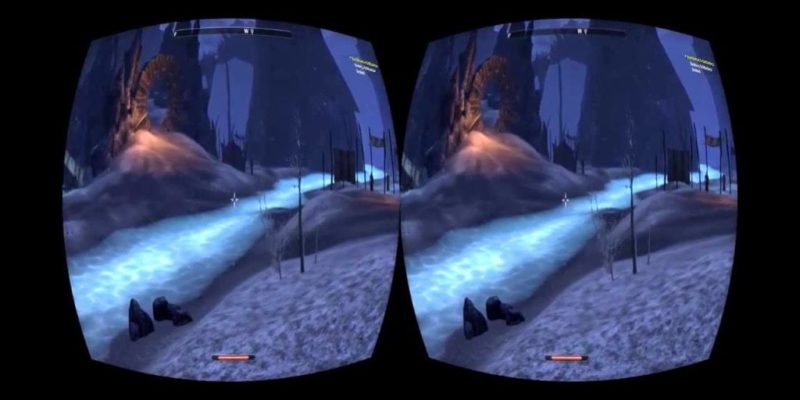 An enterprising chap named Chris Gallizzi has managed to get the Oculus Rift working with the beta of The Elder Scrolls Online.

A five minute video posted to YouTube catalogues the results of his efforts and shows off the game’s starting area, a little bit of combat, and some wandering around. Be warned that about three minutes of the video are loading screens and the like, so if you want to see the game in action with Rift support, you probably want to skip to around the 3:30 mark. And, obviously, this video is almost certainly a breach of the beta’s terms and conditions, so I expect it’ll vanish offline before too long.

According to Gallizzi (via Polygon) this was done with modified Vireio Perception Drivers – although he adds that it’s not true Rift support, as the camera is controlled entirely via mouse rather than with head-tracking. As a proof of concept, though? Not bad at all.

We shoved up an IncGamers Plays video of me playing a bit of The Elder Scrolls Online at the end of last week, along with a written preview giving some more detailed impressions of the title. I’m not overly impressed thus far, but we’ll hopefully have some updated thoughts later this week.