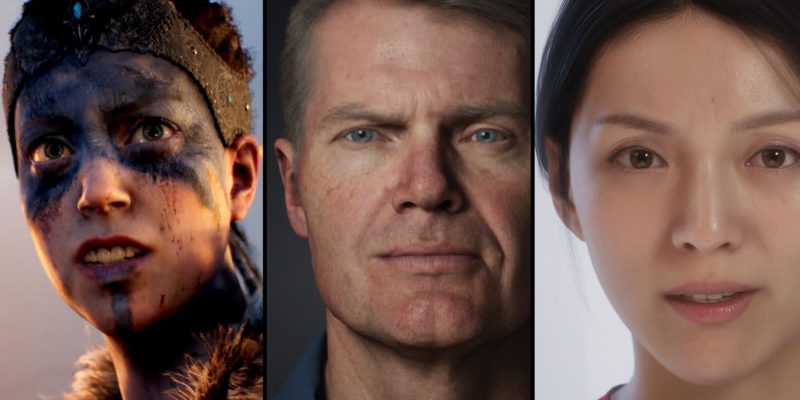 When Epic Games is not busy raking in the cash from Fortnite, they’re helping other studios realize their dreams with the Unreal Engine. This tool has been the key to some of the best games of this generation, and it is no doubt a cornerstone of the industry. Playing with tech is not something new for Epic, and that is set to continue with their acquisition of Cubic Motion.

Cubic Motion provides automated performance-driven facial animation technology for video games, film, broadcast, and immersive experiences. That should make it quite a big get for Epic Games. It also continues Epic’s march towards creating realistic renditions of humans that can behave just like us. Cubic Motion’s part to play involves capturing facial animation and the movement of faces, which is an undeniably hard task.

Having worked with Cubic Motion previously on Unreal Engine projects, this purchase must have seemed like a no-brainer to Epic. Together, they have worked on the animated short A Boy and His Kite, performance capture for Hellblade: Senua’s Sacrifice, and the demo reels of both Siren and Digital Andy Serkis.

Cubic Motion CEO Gareth Edwards expressed their excitement in working with Epic. He hopes they can “push the boundaries of digital human technology, bringing ever more realism and immersion to all forms of visual entertainment.”

Digital humans are not only the next frontier of content creation, but also the most complex endeavor in computer graphics. With Cubic Motion bringing their computer vision and animation technology and expertise to our digital human efforts, Epic along with our team at 3Lateral are one step closer to democratizing these capabilities for creators everywhere.

It is not just Epic Games’ projects that Cubic Motion has worked on. Revolutionary games like Sony Santa Monica’s God of War and Insomniac Games’ Marvel’s Spider-Man have also utilized their facial animation technology.

The price of the acquisition was not disclosed, but all of Cubic Motion’s employees will reportedly stay on with Epic. The company will also continue to support its customers and industry partners while developing its own capabilities.