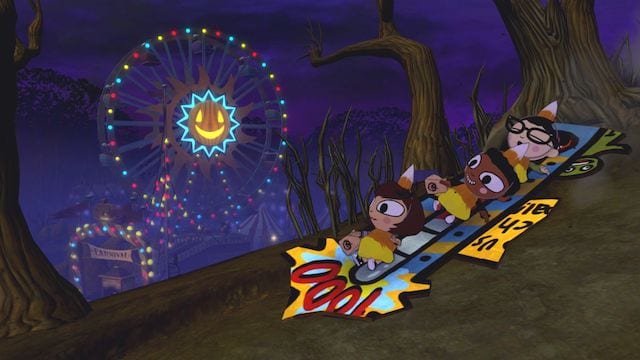 Just in time for Halloween, Epic Games has announced a couple of spooky titles for PC owners to download at no charge. Starting on October 31 and running through November 7, those with Epic Games Store accounts can download SOMA and Costume Quest on the house. Whether you’re into science fiction horror or a delightful little trick-or-treat romp by Double Fine, there’s something here for you.

Here’s a description for each game, for those that missed them the first time around.

From the creators of the Amnesia games comes SOMA, a sci-fi horror game that dares you to survive in the Atlantic Ocean. As a member of the crew aboard the PATHOS-II, you’re running into some severe conditions. These include a dead radio, the lack of food, and robots with human-like personalities. You’ll need to look through locked terminals and secret documents in the hopes of learning the truth — before it’s too late. Corrupted humans, out-of-control robots, and other dangers await you here, along with an omnipresent A.I. that’s always lurking. Check out the trailer below and more details on the Steam page.

For those seeking more family-friendly entertainment, check out Double Fine’s Costume Quest. Initially released in 2010, this Halloween adventure brings role-playing tactics to an all-ages audience. Jam-packed with humor and lots of twists and turns, this game lets you build a custom party and go on quests. Along the way, you’ll transform your characters into champions and unlock additional costumes. So you’ll get tricks and treats, the best of both worlds! Check out the game’s Steam page and trailer. Remember, candy corn is unfazed!

Now the real question is… which adventure will you download and check out first? Download SOMA and Costume Quest both next week, and play to your heart’s content! Visit the Epic Games Store for more details.