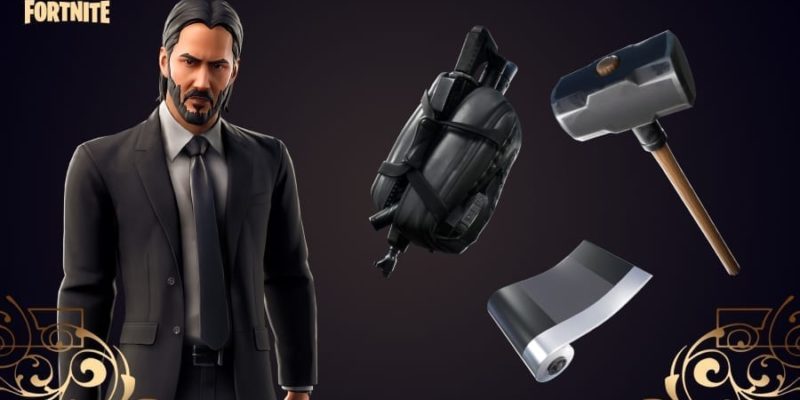 It was only recently that we caught wind of something John Wick-themed coming to Fortnite. The writing was on the wall (or buried in the floor, however you want to look at it) with content starting to surface in different portions of the game’s map. For example, players had discovered a hidden cache placed in the basement of what looked to be the video game interpretation of the physical house used in the movie.

Epic Games has now pulled back the curtain and officially revealed the John Wick content coming to the game, aligning with the release of the new film John Wick 3: Parabellum.

The event has been revealed as the Wick’s Bounty LTM (Limited Time Mode), along with many free bonuses to earn during this time. Challenges will be introduced, and of course, you’ll be rewarded for your efforts. Some of the items you can earn are the Gold Coin Back Bling, One Shot Glider, and Boogeyman Wrap.

If you want to simply put your money where your mouth is, you can jump into the shop and purchase the John Wick Set, which includes a new outfit and new Simple Sledge Pickaxe.

The event is more than just an addition to the battle royale mode of the game. There are specifics to the bonuses you can earn. The following is a breakdown of the rewards and the effort you’ll be needing to put forth to secure those John Wick bonus goodies.

Once a player crosses the last point threshold, they will remain on the map and have the alt Wick skin for the rest of the match, even if they lose the point lead.