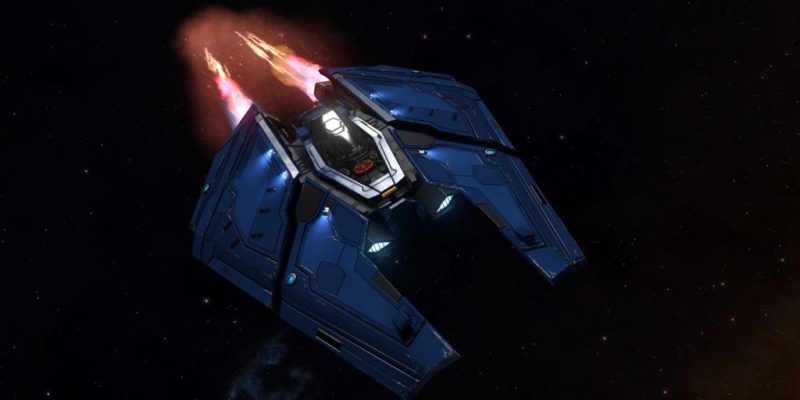 Not every week on the Epic Games Store entails the the greatest blockbusters being awarded to the masses free of charge. This week will be a big one though for the space sim crowd, because none other than Frontier Developments’ Elite Dangerous is free to claim. We will get into more of the why in a moment, but we can’t let it completely steal the show. There’s also The World Next Door, which is a mix of puzzle battles, storytelling, and visual novel elements gently characterized by anime and fantasy themes. Both of these are available for free until November 26.

For those who are unfamiliar with the franchise, Elite Dangerous is a space exploration sim which offers adventure on a massive scale. You take control of a starship and then venture out into the galaxy. There are countless worlds out there, much like No Man’s Sky. I’ve always enjoyed this one a little more though for various reasons. For starters, Elite Dangerous offers an MMO-like experience with things like PvP ship combat and online economies. You can also team up with your friends to form crews on ships as large as fleet carriers.

Calling for a new generation of Commanders

This game might also cater to you if you’re a Star Wars or Mass Effect fan that always appreciated the exploration aspects of the games and galaxies. In that sense, Elite Dangerous delivers massively on that promise. You can even take a recon vehicle down to planet surfaces for further exploration and discovery. The graphics in this game hold up great, too. That’s one benefit Frontier enjoys so many years down the line from its 2014 debut. The crazy thing is that the developer isn’t nearly done with this game either. Come sometime in 2021, the Odyssey expansion will arrive and add even more features and content, like exploring planets on foot.

That makes this a great time to jump in and get started in Elite Dangerous, especially because the base game and its Horizons expansion are all free this week. Seriously, this content wasn’t cheap for years on end. Now you can have it all. Patience pays off quite literally.

As previously mentioned, The World Next Door is also free on the Epic Games Store. This light adventure from Rose City Games offers some fast-paced puzzle solving action, but also a captivating story to go along with it. If you like charm and cuteness, this one will definitely check those boxes. You take on the role of Jun, a rebellious teen trapped in a parallel realm inhabited by magical creatures. She wants to get home, and it’s your job to get her back there. Along the way, you encounter all kinds of masked personalities that may work for or against you. There’s something very comforting about the vibes this game delivers, so you may want to grab it while you can. It’s always good to have something for a chill day.

That’s it for this week’s free games on the Epic Games Store. Elite Dangerous is a crazy good free feature and we hope you have a good time with it. Next week we will check out Mudrunner, which is an off-road trucking sim that places you in harsh environment of Siberia. You’ll operate 19 powerful all-terrain vehicles, each with unique characteristics. Your tasks will send you across mountains, raging rivers, and some slippery, muddy roads. It’s more like Russia drives you.

Speaking of this title, we have some new coverage of SnowRunner if you’re into realistic driving sim action.