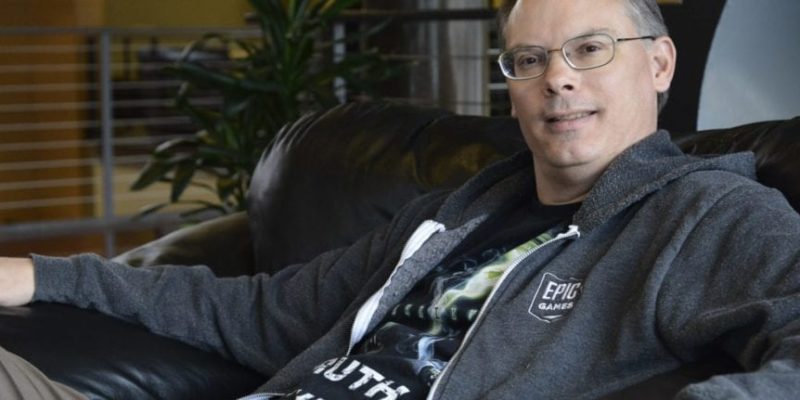 What started as a simple tweet supporting GOG Galaxy’s plan to bring games together from multiple storefronts ended in Tim Sweeney defending the concept of game exclusivity. Sweeny is the CEO of Epic Games and one of the architects of the Epic Games Store. He responded to the question of why Epic Games Store requires exclusivity instead of just including the game on their platform beside other launchers.

He explained that bringing titles exclusively to Epic’s storefront is the only way to encourage a change in the norm for the portion of revenue that developers receive. By more developers selling titles solely on Epic Games Store, other storefronts will have to decrease the amount of money they take from game sales to remain lucrative, calling out Steam’s policy of taking 30 percent of the revenue.

This question gets to the core of Epic’s strategy for competing with dominant storefronts. We believe exclusives are the only strategy that will change the 70/30 status quo at a large enough scale to permanently affect the whole game industry.

That 70/30 ratio he’s referring to is the revenue split that takes place when games are purchased on Steam, as opposed to Epic’s 88/12. Just to help paint the picture, a developer who generates $1 million in game sales will receive $180,000 more from doing so on Epic Games Store as opposed to Steam. Sweeney hopes that the extra 18 percent in revenue gain from their split will allow developers to reinvest in themselves to improve their games or even lead to their games being priced cheaper, both of which would benefit players.

If the Epic strategy either succeeds in building a second major storefront for PC games with an 88/12 revenue split, or even just leads other stores to significantly improve their terms, the result will be a major wave of reinvestment in game development and a lowering of costs. 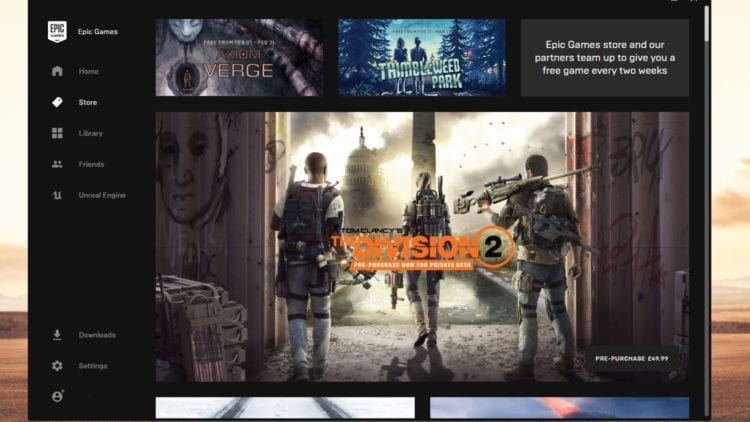 The Epic Games Store has been under fire by a portion of the PC gaming community for pulling titles to their platform exclusively; that means they cannot be purchased anywhere else on PC. The majority of the irritation comes from long-time Steam users who cannot pick up these games on their preferred platform, and instead need to install a different launcher to access them. With Epic Games Store being a new game launcher, it is lacking in several features that Steam users have become accustomed to, leading many to believe it is a far inferior service.

With more players jumping into the Epic Games Store to play games that are only available there, perhaps we will see Epic incorporating the missing features in their quest to become the leading storefront. If you have the EGS launcher, make sure you take advantage of their free game every two weeks. This week you can pick up Rebel Galaxy, which I have been playing and have had a ton of fun with.