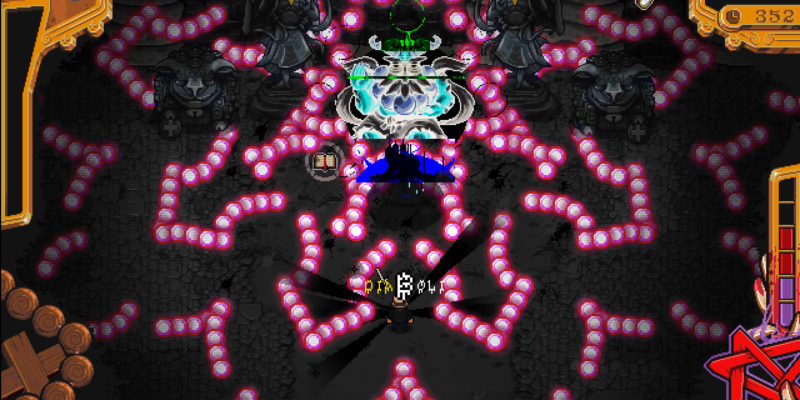 It’s a little hard to accept that it’s already well into November of 2020. Epic seems to be dealing with the struggle. Or whoever it is that’s coming up with all of these free game giveaways. They are apparently stuck on the idea that it can be Halloween forever, as we’re still getting spooky-themed titles despite our trick-or-treat obsessions having died with the inevitable sugar crashes. Well, here’s to (at least) one last free game on the Epic Games Store in 2020 that deals with the supernatural.

The Textorcist: The Story of Ray Bibbia deals with digital exorcisms, as you likely inferred from the play on words. You take on the role of a private exorcist based in Rome during the middle of a demonic outbreak. It sounds a bit epic doesn’t it? You will experience a sinful city on the decline, full of action and insidious plots. Expect to deal with gun-crazed gangsters, demons, and even the Pope himself as you fight to prevent an unearthly coup against The Holy Church. Ray is no saint either, and there will be a degree of character exploration into his past as you go about the campaign.

Don’t judge a game by its graphics

This all sounds frantic enough, but the gameplay is what will likely draw you in. You will need to perform exorcisms by coherently spamming your keyboard to solve puzzles. While this sounds like there’s a good degree of action going on, you will need to set your expectation for plenty of problem solving ahead. It’s also worth noting that this is a 2d experience that focuses on content rather than graphics. If you love retro style, this might be for you. If you’re more into shooters or 3d-designed games, you may have to ghost this one.

However, The Textorcist does boast very positive user reviews. It also just came out last year, so don’t count it out if you find yourself getting tired of grinding the same old missions for the same crappy loot in other games. It’s always worth giving something new a go, especially when it’s free. Just be sure to pick up The Textorcist for free before the offer expires on November 19 at 11 A.M. ET.

Next week’s free games on the Epic Games Store

As for next week, we should see things finally return to normal for the Epic Games Store free giveaways. There are two titles in the queue and one of them will generate quite a bit of noise. Elite Dangerous will at last allow you to explore the far reaches of space for free. You’ll even be able to play the last expansion, Horizons, as it’s part of the base game content now. Aside from this space epic, there will also be The World Next Door. In this game you will solve puzzles and deal with magical creature that look a lot like… they are wearing Halloween costumes. I guess this isn’t over yet.

The newest Plague Inc. DLC tasks players with beating back a pandemic