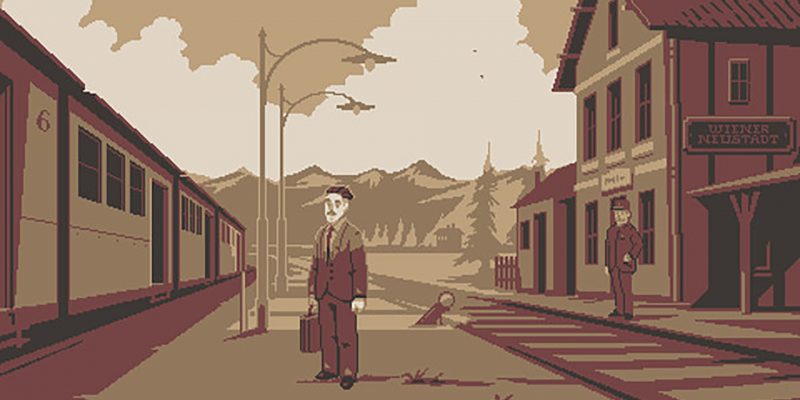 Starting today, Epic Games Store will give Mi’pu’mi Games’ The Lion’s Song away for free. The deal is only available until Thursday, May 20, so grab it while you can. Another free title will hit the store next week, but Epic is keeping the game shrouded in mystery. Right now, it’s anyone’s guess what the mystery game could be.

The Lion’s Song is an episodic narrative adventure that follows three Austrian creatives in the early 20th century. There’s a composer, an artist, and a mathematician, all struggling to find inspiration. Each episode takes a look at each character’s mind before bringing them together in the final chapter. Like in many narrative adventures, player choices affect the outcome of each episode and ultimately determine if the characters find success with their talents. Check out the trailer for The Lion’s Song below and grab it for free on Epic Games Store this week.

Epic Games Store is also running another deal in tandem with The Lion’s Song until May 20. Anyone who owns the narrative adventure, including new downloads this week, can nab another Mi’pu’mi Games title for just over half off. The Flower Collectors takes place in Barcelona in 1977 and follows “an ex-cop in a wheelchair” who “witnesses a murder.” With the help of an investigative journalist, the ex-cop sets out to uncover a greater conspiracy.

Next week on Epic Games Store…

For the first time in several weeks, Epic Games won’t tell fans what’s in line for next week’s free title. Instead, the digital storefront has teased a “mystery game” alongside a countdown to Thursday. Epic Games hasn’t given any hints as to what the game might be, but it (hopefully) must be a good one if they’re building anticipation.

Some fans may not enjoy the element of surprise, but at the price Epic Games Store has paid to give away free games every week, the storefront can have a little fun. Last week, it was revealed in Epic Games vs. Apple court documents that Epic paid more than $11 million USD in its first nine months of giving away weekly titles. Subnautica alone cost Epic $1.4 million USD. The storefront has done this for two and a half years, so that amount must be way higher by now. We’re definitely grateful for the freebies.

Call of Duty: Warzone introducing Rambo and other ’80s heroes next week

Dungeons & Dragons: Dark Alliance will launch on Xbox Game Pass for PC on day one