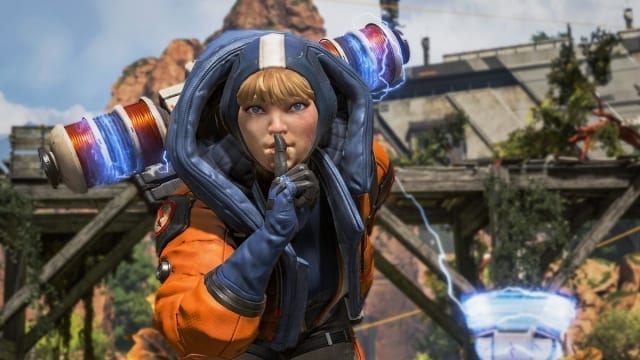 It turns out that the network is delaying – not canceling – coverage of the Apex Legends invitational, which has been rescheduled to October. These are the rescheduled air dates and times for those interested:

As for the reasons for the delay, ESPN has emphasized its good intentions: “The decision was made out of respect for the victims and all those impacted in the immediate aftermath of the shootings and it seemed the prudent thing to do given the swirl of that moment.”

The recent mass shootings in El Paso, Texas, and Dayton, Ohio were yet another horrific display of gun violence. As you’re probably aware and sick of hearing by now, there is yet another “debate” on how video games cause or inspire violence. It’s not really a debate so much as yet another rehashing of the same old arguments from the 1990s. There’s not really much to do about it since every study that disproves any link between gun violence and video games is summarily ignored by the people making these arguments. In any case, if you’re an Apex Legends esports fan, here’s a bit of bad news on that front, delivered by ESPN.

ESPN and ABC have announced to affiliates that they will no longer air the EXP Invitational – Apex Legends at X Games this coming Sunday, Aug. 11. Their exact reason for doing so is “out of respect for the victims and all those impacted by the recent shootings.” Instead, the channel will air “E:60 – Forever Broncos” in the same time period. The networks will issue an official booking shortly, according to the announcement to affiliates. You can see a screenshot of the announcement below, shared by esports consultant Rod Breslau.

ESPN and ABC has made the decision not to air the TV broadcast of the XGames Apex Legends EXP Invitational that was scheduled for this weekend, in response to the recent mass shootings, according to an ABC Affiliate TV station source pic.twitter.com/6BMwdbk93t

Apex Legends isn’t your run-of-the-mill military shooter, but it’s still a shooter. It’s possible that if this were a League of Legends or Dota 2 invitational, there wouldn’t be a problem. The perception problem is mostly with first-person shooters, as it’s always been. They won’t show some clever indie game or a Nintendo game when they talk about games inspiring violence. It’s always first-person shooters, though fighting games also catch flak. And there isn’t much to do about it.

The gaming industry is going through many other challenges, with the recent ESA fiasco and the loot box legislation in the works. Yet some things are changing for the better. We recently saw the news that Kotaku’s reports on crunch improved working conditions for some game testers at Rockstar. Slowly yet surely, we can do things to improve the industry.

What do you think of ESPN/ABC’s decision? Was it the right move to do right by the victims? Drop your comments below!

Bungie reveals Destiny 2 will move to Steam in October, details cross save