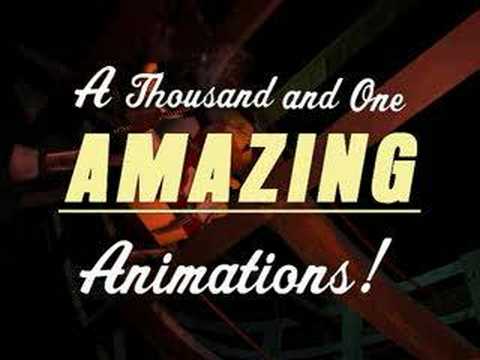 LucasArts is no more. Slain by the coldest rationale of all: the business decision.

Many will say that it was already dead; that the company responsible for an unbelievable number of creative, witty adventure games throughout the 1990s perished quite some time ago. There’s a certain truth to that.

Lately, the studio had applied itself to the Star Wars grindstone with a sell-sword cynicism that said “goodbye” to marvels like TIE Fighter and Jedi Knight 2 and “hello” to Kinect Star Wars. It seemed like a hollow existence, akin to your favourite author giving up on a promising career to ghost-write celebrity vanity projects.

But the name persisted, and with that name came the hope that the company could return to its former glory. That hope is now gone.

We’re compiling a list of LucasArts’ (and LucasFilm’s, if you’re feeling pedantic) finest achievements in development and publishing to run on the site tomorrow. But reflecting on the studio’s demise has made me realise that one LucasArts game in particular has kept cropping up throughout my life.

Released in 1998, it was the last hurrah for LucasArts’ commitment to grand, ambitious adventure titles. A noir-style tale that mixed Aztec and Mexican ‘Day of the Dead’ culture with themes of corruption, love and loss. Plus some liberal cribbing from Casablanca. It had great characters, an outstanding soundtrack and puzzles that … well, ok, some of the puzzles were a bit annoying.

If you’ve played it, you know the drill. If not, try to get hold of it (a difficult task, as it’s not on Steam or GoG.) And be aware that this article will be somewhat spoilery.

In 1998, I was sixteen. A teenager already obsessed with videogame stories and LucasArts adventures in particular. To someone who’d consumed the first two Monkey Island games, Day of the Tentacle and Sam & Max Hit the Road, the concept of Grim Fandango sounded phenomenal. You’re a travel agent in an exciting version of the afterlife! Political corruption is robbing people of their just rewards for living a moral, corporeal existence! An underground revolutionary group is trying to stop this!

To my coalescing young brain, this Aztec concept of afterlife sounded so much more engaging than the all-to-familiar Catholic version I was used to (and, frankly, had rejected.) Hints of revolutionary unrest and overturning injustice were just extra fuel to the fervor that was already spinning my adolescent moral compass hard to the left.

Then, joy! PC Gamer’s latest demo CD carried a short segment of Grim Fandango within its circular confines. I’d migrated to PC Gamer because its pages contained a handful of refugees from Amiga Power. Jonathan Nash was (briefly) there, as was Kieron Gillen. Gillen’s review would, later in that very same year, convince me to purchase Thief: The Dark Project.

The demo featured the Day of the Dead festival, a pessimistic skeleton-clown who can begrudgingly make balloon animals in the shape of famous poets, and a puzzle that involved using said balloons to scare away some skeletal pigeons. I was hooked. Completing the demo triggered a trailer, which confirmed my suspicions that Grim Fandango would be the only game I need ever play from its release date until the end of time. I must have run through the demo a dozen times, just to watch that trailer and teased out a few more observed details.

I had plenty of time to do this, because the game was delayed by a number of months. Not that I knew that, of course. The internet had not yet been invited into my home (it would be, but only towards the end of that year,) so my only clue to any delay was the distinct lack of any Grim Fandango boxes in the cupboard-sized games shop in the Northern English market town I grew up in. My route home from school took me by that shop every single week night.

Eventually, I had to stop going in. The ritual of watching a young man not much older than myself scan down a typed list of release dates and shake his head with a dismissive shrug of the shoulders was getting too pathetic to bear.

I don’t recall how I learned about the confirmed November release date. Maybe it was PC Gamer again. Or perhaps I managed to get some time on the lone, internet-capable computer at my school. I waited for fireworks season and returned to the cupboard-sized games shop. It still didn’t have Grim Fandango.

As luck would have it, my eldest brother would be heading to one of the nearby cities (York, maybe, or Newcastle) on a shopping expedition of his own that very weekend. Would he like to take some of Her Majesty’s finest currency from me and look for a weird videogame for his younger brother? He surely would. He came back with an exquisitely designed box.

I played. I savoured. I immersed myself in this strange, wonderful world. Soaking up jokes, solving puzzles, getting … stuck.

Getting stuck was a problem in a period where I had no internet connection. It meant waiting for a magazine walkthrough or banging my head against the same damn problem for hours at a time. In the end, I did both.

Thanks to an unfortunate series of events, lead character Manny Calavera needs a fake Maritime Union card to be able to board a ship in pursuit of former client Mercedes Colomar. This leads the player to a gambling club basement, where you know some shady business has been going down. To find what you’re looking for, it’s necessary to drive a forklift truck into the elevator and drive it forward at the right moment so that the forks get stuck in the frame of a passageway leading to a hidden area.

Yep, typical adventure game stuff. It turns out I was even going about the puzzle in the right way, my timing was just slightly off. When I finally got hold of a walkthrough (probably PC Gamer again,) which outlined a process that I’d already tried many times over, I felt quite the fool. But with the knowledge that this was, indeed, the right way to proceed, the puzzle was overcome and the rest of the title opened up to me.

I’m man enough to admit that there was a little something in my eye when I watched Manny and Meche board their final train to an unknown destination in the afterlife. It’s an ending of optimistic uncertainty. Uplifting, but open-ended. A celebration of enjoying the journey while you can. For a game all about death, it said plenty about life.

Time passed. The 1990s peeled away into the 2000s. Mp3 downloads terrorised the music industry.

Grim Fandango’s soundtrack (diligent fans had uploaded it to the internet, an original copy now being an expensive rarity) became something I’d throw on every now and again. When it was playing on the family stereo on one of my visits back from university, even my parents would listen. The setting, themes and (relative) non-violence meant it was something they could relate to, even though the progression of videogames as a medium remained somewhat alien.

When my (then) girlfriend took her own journey from the US to visit me in the UK in 2004, Grim Fandango was one of the games we played together. It became a part of our experience that summer, another small set of references and topics that we could share.

In early 2010, when I departed to live permanently in the US, a fresh, burned copy of the soundtrack was one of the CDs I left behind at my parent’s house. They still listen to it, and I still pop it on when I’m back visiting the UK.

On 27 February of that same year, my wife and I overcame all manner of social awkwardness to dance in front of family and friends in the ornate hall of a Bed and Breakfast that had played host to our wedding day. “Manny & Meche” was playing over the sound system.

I have no idea where most of the people who made Grim Fandango ended up.

But the rest? The names that are just as vital to a game’s creation yet lay further down the credits list? I have no idea. Some of them may have lost their jobs yesterday. I hope not.

Grim Fandango was just one game from one year of LucasArts’ existence. It meant a lot to me, as I’m sure other titles from the prolific studio will have meant much to others.

LucasArts is no more.

LucasArts games and LucasArts employees; they live on.

The Cancelled Star Wars 1313 Was Based Around Boba Fett