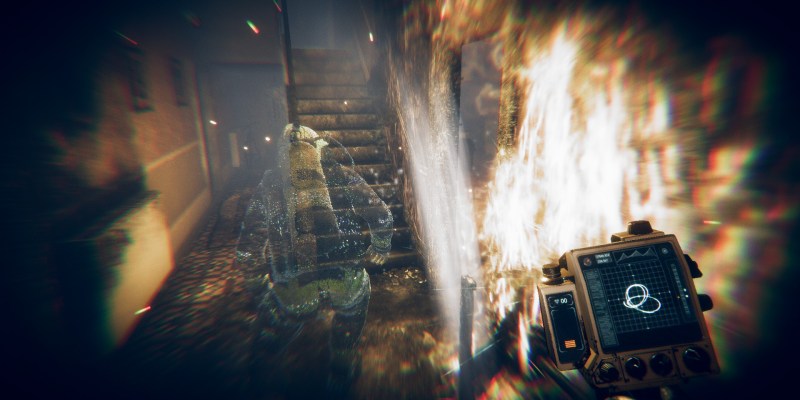 Every now and again a game’s premise is legitimately creative. Eternal Threads has some surprisingly lofty ideas, but within the constraints of a realistic budget. I got to put a bit of time into the game ahead of its release next month, and I left feeling impressed by some of its elements. I’ve always been partial to time travel stories myself, and Eternal Threads definitely appears to bring something new to the table. The table is horribly burned, but maybe I can restore it with a bit of time travel mumbo jumbo that lets me see into the past.

Eternal Threads opens with a few paragraphs explaining that a lab in England has figured out time travel. Hooray! But that lab’s experiments created so many “butterfly effect”-style results that the world has been adversely affected in significant ways. It’s up to the team to put things right. But that’s not quite what we’re doing in this game. Instead, we’re cleaning up just one of the team’s screw-ups, which resulted in a boarding house catching on fire with its tenants and landlord trapped inside. They’re all dead. It’s our job to use some crazy science to make them not nearly as dead.

How are we supposed to do this, though? Eternal Threads takes place in the burned-up boarding house. You bring inside nothing more than a device that allows you to play back events, selectable through a time map. There are roughly 200 events you need to pore through in order to find possible corruption points in the timeline. Breaking down the task, an event is selected from the time map and holograms of the participants appears in the relevant spot in the boarding house. Upon finding the holograms, the event is viewable — voices and all. 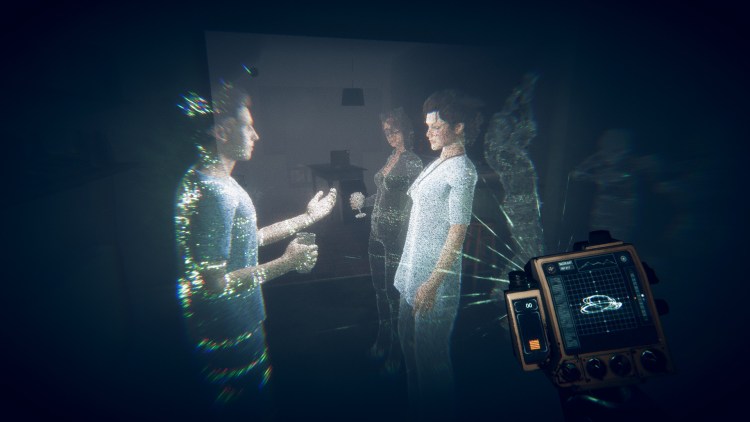 Of course, just watching a pieced-together video of past events isn’t going to magically change the future. The device also allows you to make choices for the residents that differ from what occurred. These are often quite small. The landlord wants to text his abusive ex-girlfriend, but his flatmate argues strongly against this. You can make the call as to whether he texts her or not. Doing so will show different subsequent events. Many of the choices Eternal Threads lets you make don’t even have such an immediate change noticeable. But the idea is that, with enough of these little changes, you’ll be able to save the people of the house and get one step closer to righting the lab’s wrongs.

Of course, you’re not solely just watching 200 scenes play out. You have free reign of the boarding house, but you’ll need information gleaned from the recordings to get access to all the rooms and the backyard. Some doors are locked, and there are places in the house you wouldn’t even know to look for. One recording clues you in on the fact that a tenant has a key to another’s room. Said other room is locked, so you’ll have to track down the key in order to view the event.

It’s all very clever and the voice acting is of good quality, which helps make for a compelling narrative experience. Eternal Threads has quite the concept, and I’m looking forward to digging deeper into it and seeing just how loopy the time travel gets. With a little bit of luck, the tenants of the boarding house just might be able to survive this ordeal after all. But it all depends on choices made along the way. 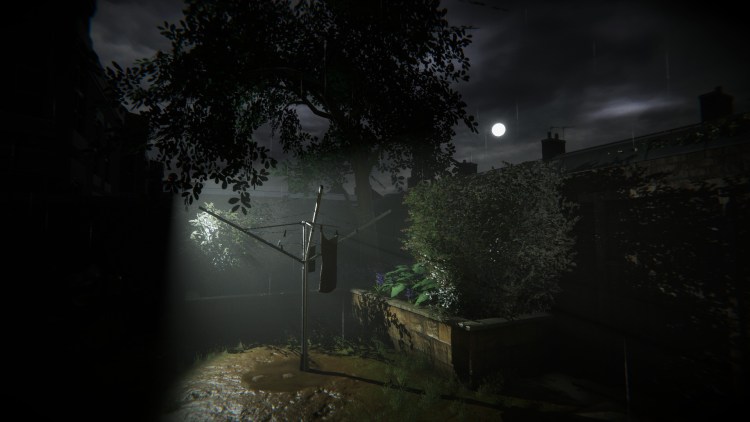