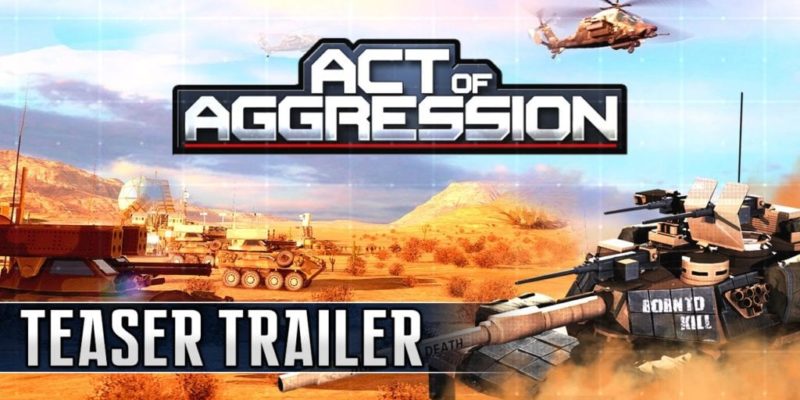 Act of Aggression will attempt to bring back the “golden era”of RTS games.

Today’s strategy titles tend to lack the magic of games such as Command & Conquer with its base building, resource collecting, and unit building, but there’s a new game on the horizon from the creators of the Wargame series and  Ruse that could ignite our enthusiasm for the genre. Originally revealed back in March, this will be a nod to their Act of War titles.

Set in the 2020s, three factions will go head to head on a global battle for supremacy.  “The Cartel” who have secret agenda and utilise high-tech technology, stolen prototypes and stealthy operatives. The Chimere, a UNO funded, classified military organization specialized in fast strikes. Finally there’s the good old US.

Like classic RTS games there will be two separate single player campaigns featuring everything you’d expect when trying to tell an RTS story through the missions, and there is of course multiplayer.

The info sent over does mention that players will be able to “unlock skills and abilities” and “earn experience” which has got my RTS alarm bells ringing slightly. The really classic RTS games worked so well because there was no race to level-up, they were all about tactics and the creative use of units.  At least this has base building, and with Command & Conquer now part of EA’s “franchises we wanted to ruin” catalogue, this could be the next best thing.

A teaser trailer for Act of Aggression and a few shots have landed on our desks today so take a quick look below.

The Crew gets a second PC beta test this month