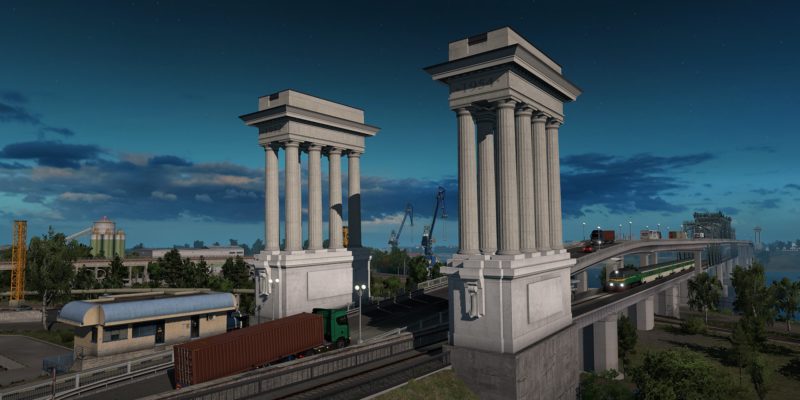 The latest expansion for Euro Truck Simulator 2, Road to the Black Sea, will arrive on December 5 for $17.99 USD. Players will soon be able to hit the roads of three new regions from Southeastern Europe: the Romanian forest, the Bulgarian coastline, and the Trakya region of Turkey en route to Istanbul. You’ll work for farms, logistics companies, mining groups, and more — these new regions have plenty of work for eager drivers.

It has been a long road from the DLC’s original May reveal to now, but the amount of content available will no doubt be worth the wait. SCS Software’s DLC track record for Euro Truck Simulator 2 has proven rock solid thus far. They’ve released well-received, polished content annually since 2013. The previous expansion, Beyond the Baltic Sea, even got a glowing recommendation from us.

Euro Truck Simulator 2 – Road to the Black Sea introduces over 10,000 kilometers worth of roads to cruise on, taking players through every nook and cranny of the three new countries. Drivers will have 20 new cities to explore, plus a slew of countryside villages. You’ll also pass famous landmarks and sites, Balkan-style buildings, and lush vegetation while delivering for 11 new companies.

Fresh locations mean additional means of transportation. That may include the local AI trains and trams or the horse carts built for Bulgarian and Romanian countrysides. It’s also possible that a job will have you leave land behind and cross rivers in ferries. You’ll want to try out everything to whittle down the latest list of achievements.

Truck buffs and simulator addicts should keep an eye out for Euro Truck Simulator 2 – Road to the Black Sea when it hits Steam next week. If you want to get a taste before then, the base game is currently sitting at $4.99 (75% off) as part of the Steam Autumn Sale.