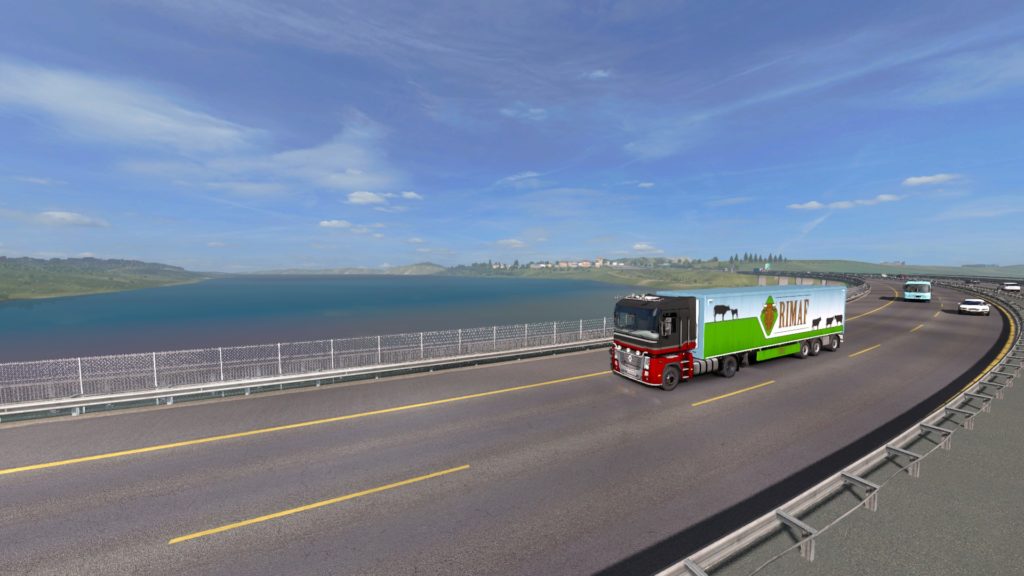 Euro Truck Simulator 2 has long impressed me with its attention to detail in manmade structures and acres of virtual natural beauty. Now, SCS has expanded its already vast world with the Road to the Black Sea expansion, adding Romania, Bulgaria, and (a portion of) Turkey. These Balkan countries all border the Black Sea, and SCS’ rendition of them is filled with sights to see. 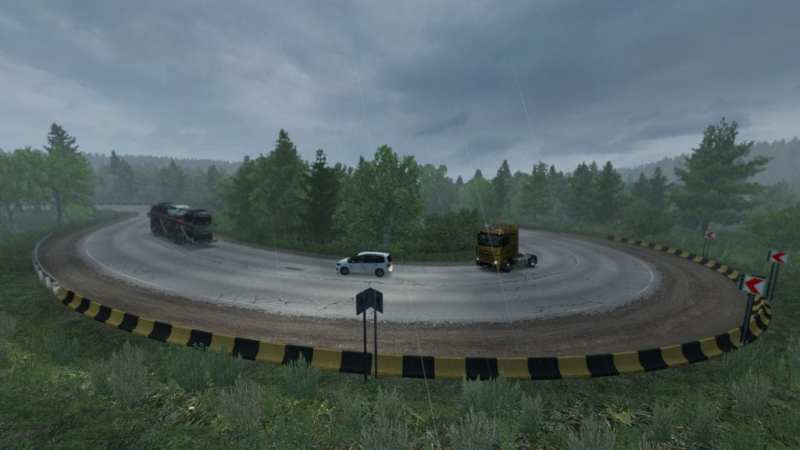 Romania offers some pretty interesting road networks to explore, as well as being the largest of the new pack.

My journey began with a short hop from Hungary into Romania. At the border crossing, I was met with the most thorough process I’ve ever encountered in Euro Truck Simulator 2. Getting into Romania is a three-stage process. It includes typical passport and weight checks but adds a live inspection by border control officers. Thus, getting inside Romania takes noticeably longer, but it was cool to see the detail put into reflecting real-world processes.

Romania is the largest area of the new expansion. It possesses over half of the 30 new registered settlements. But there are dozens of towns and villages between the major points, unnamed on the world map and surprisingly detailed.

What truly struck me about Romania, though, was its vast farmland. Throughout my drive of the country, I spent the majority of my time admiring the rolling meadows and fields, which never seem to end no matter which direction you look. A portion of the Carpathian Mountain range runs through the country, and there’s a pretty mean serpentine road between the cities of Brasov and Iasi. 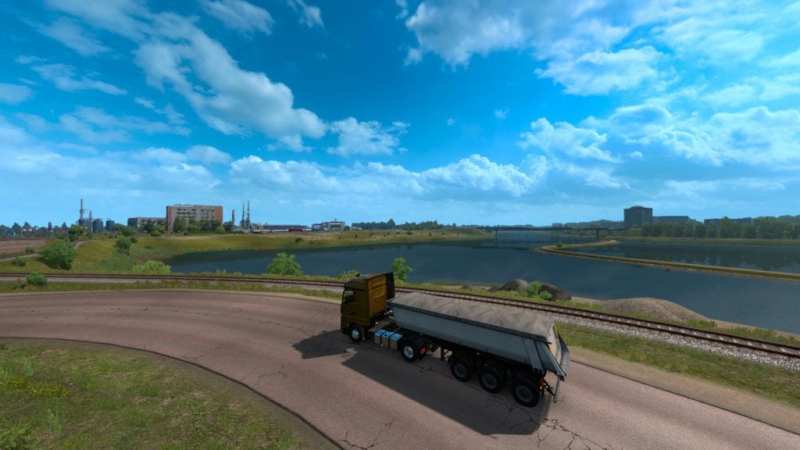 Romania is heavy on its heavy industries.

Romania has a few rivers and streams, in addition to the coastal parts of the country that straddle the Black Sea. There are nicely detailed shipping ports that show just how busy the Black Sea is when it comes to connecting the cargo world. Speaking of cargo connections, I also noticed a pretty vast rail network throughout the country. More often than not, I found myself waiting for a few moments for a train to pass. I also had a few encounters with city trams.

Another cool feature about Romania is that it contains the Danube river. Not only is this river in Euro Truck Simulator 2, but between Galati and Constantina, there’s a ferry to cross it. Now, I know that ferries are nothing new, but this ride is unique. 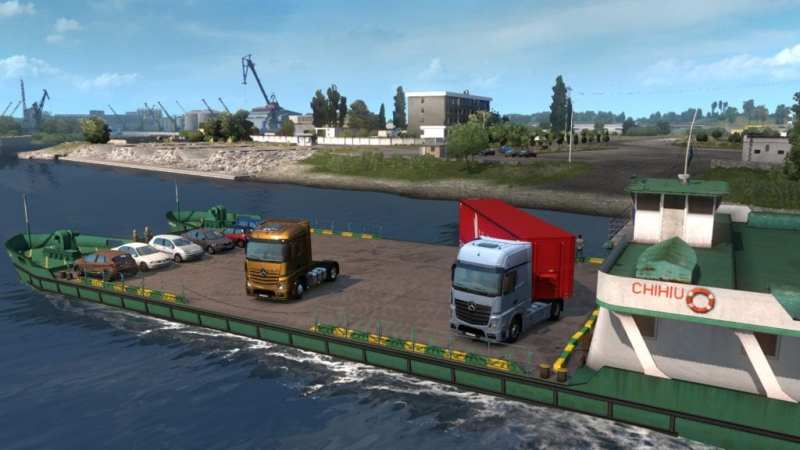 This new ferry ride is the coolest in the game thus far.

It features an adorable little riverboat that handles the very short ride across the Danube. Unlike typical ferry sailings in ETS2, this one actually contains a short cutscene that lasts just under a minute. While just a tiny sliver of the expansion, it stood out as showing the dedication that SCS continues to put into its ever-growing package. Euro Truck Simulator 2 feels more alive than ever, and it’s little moments like this which show that off. It was totally unnecessary; it could’ve just been another loading screen – but it’s there, and it’s cool! 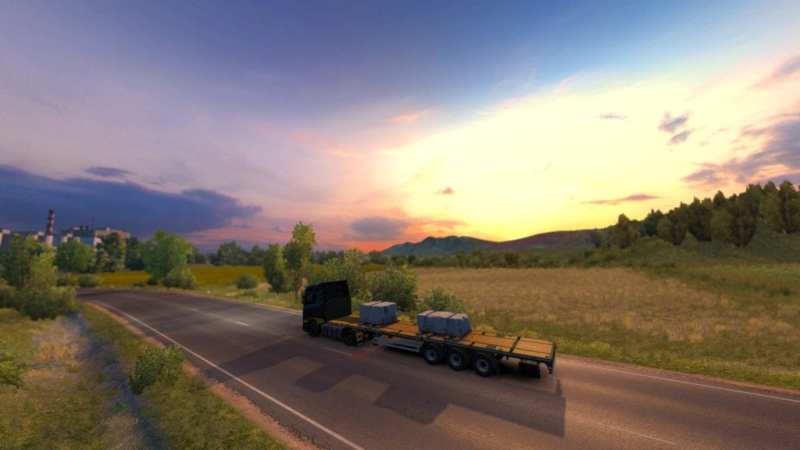 Bulgaria doesn’t play when it comes to its natural vistas.

Once I was done covering Romania, my journey pressed south into the smaller country of Bulgaria. Its border crossing was less intimidating, though it (along with Turkey) does sport X-ray scans at the checkpoint. You’re also charged 10 euro for coming in, the first border entrance fee I’ve encountered in Euro Truck Simulator 2.

Bulgaria also has plenty of farmland and meadows but features forests and a noticeable amount of elevation in addition. Tall bridges span across small valleys (as outside the city of Cernadova), and mountain ranges stretch along the horizon. While there aren’t many roads that go into these mountains, just getting to see them as you ride through the countryside is still extremely beautiful. Romania seemed to feature more heavy industries scattered throughout the country. Bulgaria has some too, but you will see more nature than urban sprawl. Cities like Pernik and Plovdiv look noticeably modern and developed. It’s a stark contrast to the numerous villages scattered around the country. 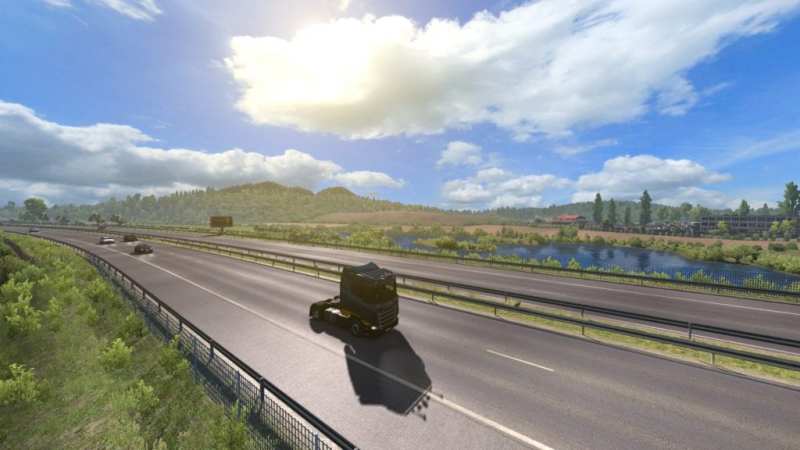 This leads me to the one real annoyance I experienced while driving through each of these countries.  The dozens of little settlements scattered across the road network result in a constant shifting of speed limits. This is a common feature through much of the ETS2 world, but it seemed more frequent this time around. Regardless, that didn’t stop me from admiring just how well detailed these tiny settlements are. The Balkan architecture does look pretty good, even the rustic structures. 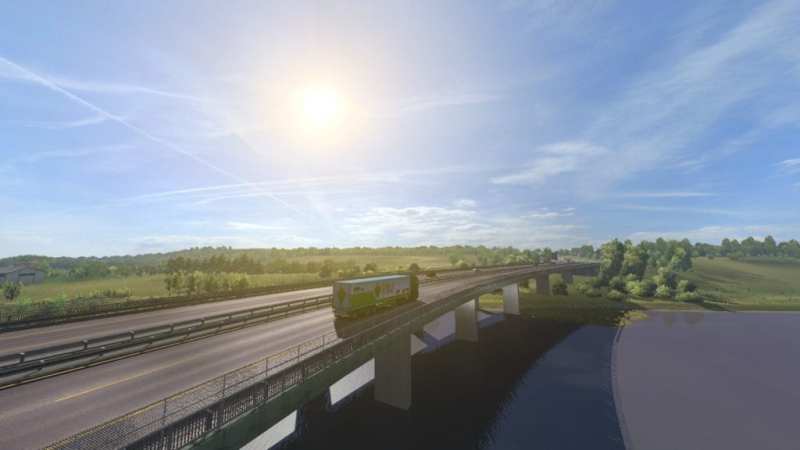 While the smallest of the bunch, Turkey has a lot going for it.

Pushing even further south, I eventually shuttled into Turkey. Unlike the other two countries of this expansion, only a small section of Turkey is available to drive through. Even so, what is rendered here is still very well made.

Only three Turkish settlements are on the map, the star being Istanbul – the largest city in all of Europe. Most of Euro Truck Simulator 2‘s Turkey shows off more rolling countryside, consistent with what’s in Bulgaria and Romania. However, vegetation does look a bit different and a tad drier. But really, the focus is on Istanbul. While only a small portion of the city is included, it looks great. The skyline and surrounding buildings are well detailed, and the road network straddling the outskirts of the city is expansive. While there’s no huge urban center to explore, what is shown off here is still good and bustling. 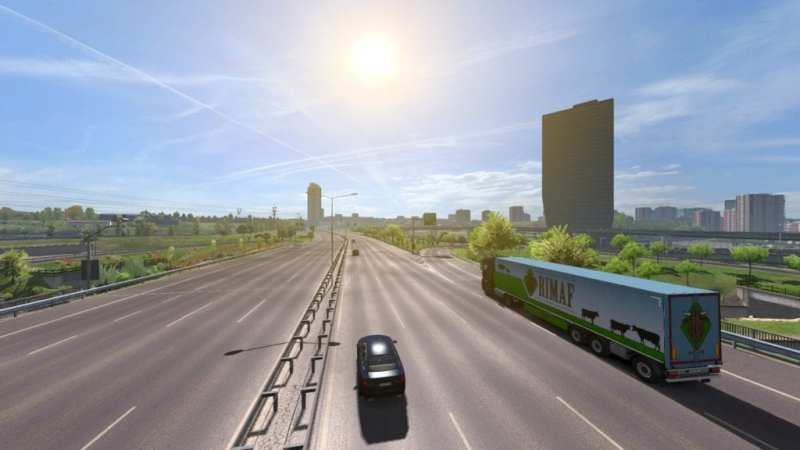 Istanbul, the largest city in Europe, puts on quite the show here.

With the Road to the Black Sea expansion, it’s now possible in Euro Truck Simulator 2 to drive from Istanbul to as far north as Norway. It’s a massive achievement by SCS and shows how far the team has come from the 18 Wheels of Steel franchise.

This expansion alone contains over 6000 miles of road. I traveled most of it, going from Szeged, Hungary through the Black Sea-bordering nations, in approximately 14 hours. Whether you’ve been playing ETS2 for years or are a newcomer, The Road to the Black Sea expansion is well worth picking up. It’s beautiful, large, and contains a lot of neat details to admire throughout the journey.

As per usual, I’m excited to see what else SCS cooks up with future expansions. Pushing farther east from Instanbul will cross into Turkey’s more Asian-based areas. So, that may not happen. But, there’s Greece to the east, along with several other Mediterranean countries. Hmmm… I wonder what the next expansion is gonna be? 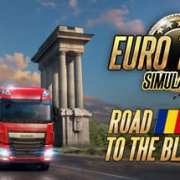 The new Road to the Black Sea expansion for Euro Truck Simulator 2 offers a huge amount of gorgeous new scenery to explore. It's a great buy for both newcomers and veterans.