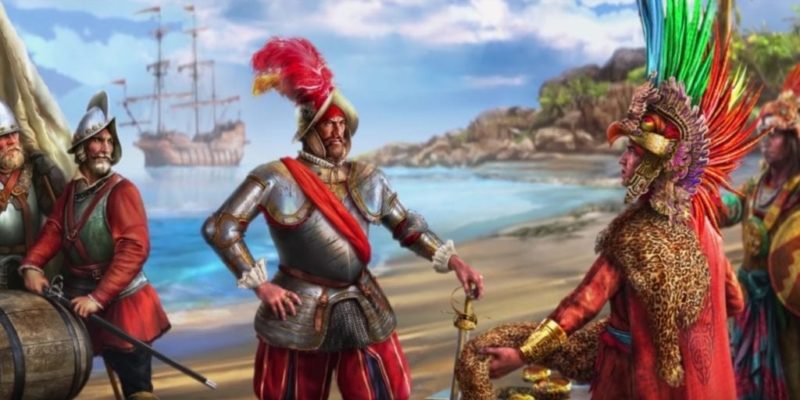 Europa Universalis IV, like many of Paradox Interactive’s other grand strategy titles, is a game that you’d like to keep coming back to over and over again. It’s all because of the deep management systems and the plethora of nations or leaders that you can choose for your conquests. In that regard, the newly announced Golden Century Immersion Pack DLC might just be what fans of Spanish conquistadors and explorers are looking forward to. Check out the trailer below:

The Golden Century Of Spain

Unlike major Europa Universalis IV expansions such as Mandate of Heaven or Conquest of Paradise, Immersion Packs such as Third Rome, Rule Britannia, and now Golden Century don’t try to change the game’s mechanics too drastically or add too much to the game world. In fact, Immersion Packs tend to focus on one nation or one region for the most part. These add-ons are a means to provide extra flavor when selecting these countries.

In the case of the Golden Century DLC, here’s what you can expect:

On a personal note, the Golden Century does seem quite intriguing. If you don’t know yet, I’m from the Philippines which was Spain’s farthest colonial possession during its heyday. Europa Universalis has actually helped me appreciate Ferdinand Magellan’s journey since it allowed me to retrace his steps from the port of Spain all the way to Philippine shores.

So yes, for those looking to become explorer extraordinaire under the Crown of Spain, or Portugal, or perhaps their neighbors in North Africa, this might be of interest. You can check out the Golden Century DLC for Europa Universalis IV via the Steam store. It will be available on December 11 along with a free update that tweaks the maps of Iberia, Northwest Africa, and Mexico.

NPD Group: Call Of Duty Black Ops 4 Is The Best Selling Game Of 2018

Diablo 4 Began Development As A “Souls-like”