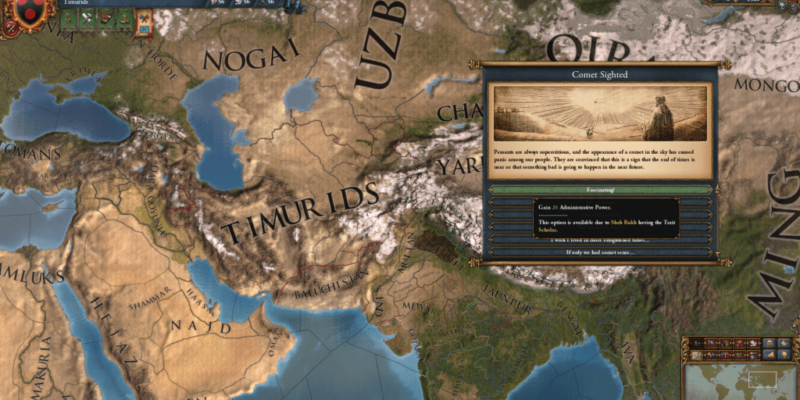 I’ve lost count of how many add-ons and DLC bits Europa Universalis IV has at this point, but another one is on the way in the form of the Rights of Man. According to Paradox, the intent with this release is to make changes that result in a “deeper and more dynamic experience”.

That’s a bit vague, but the company has also released a few more specifics. Rights of Man will introduce a ‘Great Power’ mechanic, allowing stronger nations to diplomatically bully or coerce smaller countries into doing their bidding. It’ll also add traits to monarchs, giving bonuses or penalties to your nation, and affecting how rivals approach you.

As is always the case with Europa Universalis IV DLC, the game will get a free update at the same time the add-on is released (unclear as yet, there’s no publicised release date). One of the mechanics added for free will cover “greater control over adopting new cultures in your Empire”.

Here’s what the paid stuff will add. Followed by many screenshots.