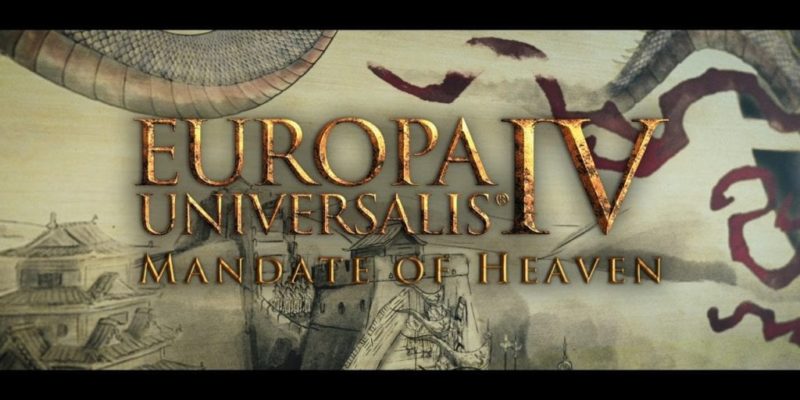 Europa Universalis IV is making a date with China in the near future; a Mandate (of Heaven), to be precise. The latest in EUIV’s mighty lineage of DLCs will expand and enhance the game for the major nations of East Asia. Particularly “Ming China, Japan, and the Manchu tribes”.

One of the main features of Mandate of Heaven will be how you go about managing the Celestial Empire. This, according to Paradox, will work a bit like the Holy Roman Empire. “Increase the power of your mandate by commanding tribute, then use your mandate to reform the imperial system, strengthening your grip on the Middle Kingdom and the continent as a whole,” says the press blurb.

Here’s a bulletpointed summary of the other features Mandate of Heaven will add to Europa Universalis IV. There’s no concrete release date for this DLC yet (beyond “soon”), nor any price. For the latter though, you can probably expect $15.