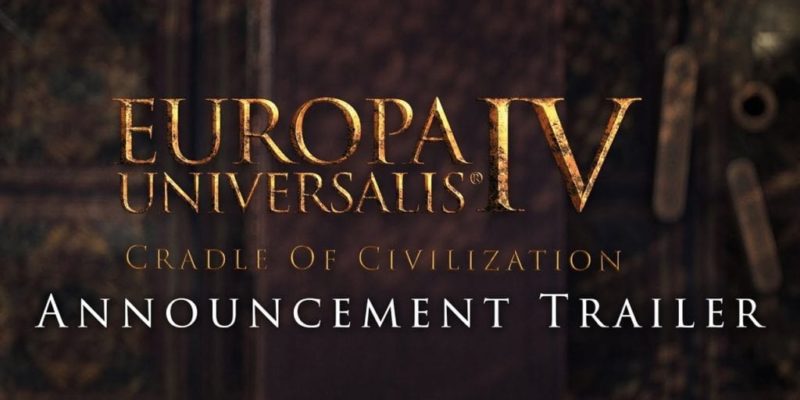 Paradox will not rest until every 15th Century nation in Europa Universalis IV gets a set of unique DLC mechanics. In Cradle of Civilization, its the turn of the Mamluks, Persians, Armenians, Mesopotamians, and more.

As Timur’s empire falls, other powers rise to contest the “great crossroads of trade and learning”. Who will stake their claim to be the true heir to the Cradle of Civilization? The one you’re in charge of, you’d hope.

This DLC seeks to add greater mechanical depth to the Muslim nations “between the Nile and the Indus” in Europa Universalis IV. New government powers and options should mean clearer distinctions between the major powers of the region. Here’s a feature summary, taken right from the press release.

Mamluk Government: In a diverse empire, where the slaves are now masters, new sultans must rely on cultural power to stay viable.
Persian Theocracy: Persian nations can use the power of the faith to bolster their regime.
Tribal Federations: The Black and White Sheep tribes in Armenia and Mesopotamia must expand to exploit the unity of local clans.
Army Professionalism: The Age of Mercenaries slowly transitions to the Age of Standing Armies as you recruit new generals and drill your peacetime army.
Iqta Taxes: Muslim governments can impose new taxes every 20 years for special bonuses.
Trade Policies: Instruct your merchants to take actions in trade nodes to increase your trade power or military advantage.
Islamic Schools: The wide range of Sunni and Shia disciplines offer unique perks to their disciples and transforms international relations across the Middle East.

Expect the usual free update to accompany the release of Cradle of Civilization (due in late 2017), featuring a new map with many new nations. The expansion itself will cost $20 USD. Here’s a trailer too.