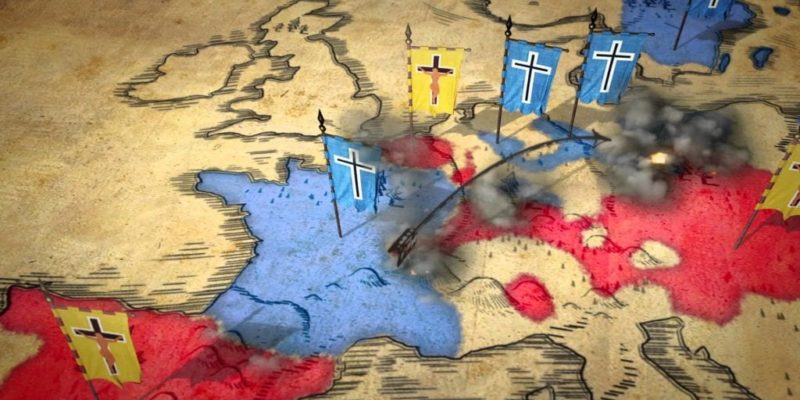 Got any strong feelings about Martin Luther and his Reformation?

As pre-trailed by Paradox, the company has revealed a new upcoming expansion for Europa Universalis IV. It’s called the Art of War, which gives something of a clue as to what kind of additional features it may contain.

It didn’t get a huge amount of stage time, but there was enough to give a sense of what the DLC will contain. The third full expansion for Europa Universalis IV will focus on the Thirty Years’ War (1618-1648) and the Napoleonic era. You’ll be able to get stuck into the Reformation and/or (if you prefer) the Counter-Reformation period too.

There will be “loads of new features,” including the Army Customisation Tool that will apparently allow you to create historical armies with a single click. The expansion will, says Paradox, help you to “bring out your inner Prussian.” This may or may not be a good thing.

As with all of Paradox’s grand strategy expansions, Art of War will be accompanied by a large (and free) update patch that will bring additional fixes and changes to the game for those who don’t buy the DLC.