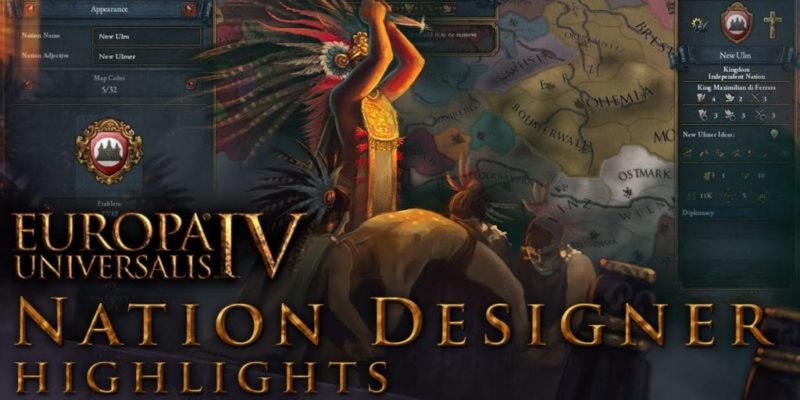 Paradox will be fleshing out the Central and South American cultures, as well as adding a Nation Designer, with the fifth Europa Universalis IV expansion, El Dorado. Don’t confuse this with the ill-fated BBC soap opera from the early 90s (although a cross-over with that and a Paradox grand strategy game would be quite something.)

El Dorado will be coming on 26 February, and gives the Aztec, Mesoamerican and Incan cultures some new mechanics and religions. I’d imagine this will be similar to how Conquest of Paradise gave the native American tribes more depth, and more of a chance to stand up to European invasions.

Speaking of which, El Dorado will add a (presumably optional) automated system of sea and land exploration, so you can leave your Conquistadors to do their own thing in the hunt for legendary cities of gold. Some sort of treasure fleet mechanic is being added too.

Alongside all that thematic stuff, Europa Universalis IV will get a Nation Designer tool with this expansion. This, they say, will let you “create custom challenges anywhere on Earth.” The video below (from late January) gives a pretty extensive overview.

As is always the case with major Paradox grand strategy expansions, El Dorado will be released at the same time as a free patch that will add a few things to the base game as well. Paradox aren’t yet saying what those will be, however.