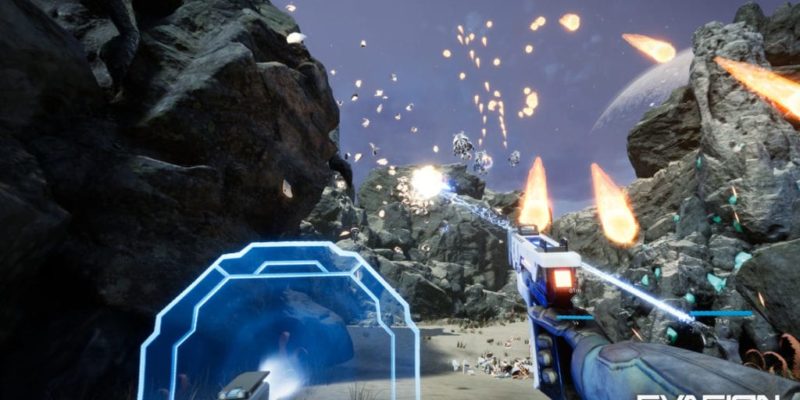 Evasion will come with multiple hero classes and the game is designed for up to four players co-op or solo play. Archiact is also looking to deliver cinematic destructible environments so hopefully it will be visually impressive in VR. It’s being powered by Unreal Engine 4.

Tactical teamwork and movement will be required to take on the ‘Swarm A.I’ as players dash to complete objectives and rescue each other if it starts to go pear-shaped.

Evasion also promises locomotion freedom and there will be different locomotion modes available to players in case freedom starts to make you feel a bit barfy.

“Archiact has been crafting immersive VR entertainment since 2013,” said Kurt Busch, Studio Head at Archiact. “With Evasion, the team is using everything we’ve learned and weaving our experience into a truly genre-defining AAA title. With innovative locomotive movement and intense FPS gameplay, we’re convinced Evasion will prove a stand-out VR experience and we can’t wait for gamers to play it themselves.”

If Archiact gets the locomotion right then this could be one to watch out for next year. A website is now up and running for the game and there’s a sign-up for a future beta test, and there’s a Steam page. See the trailer below.