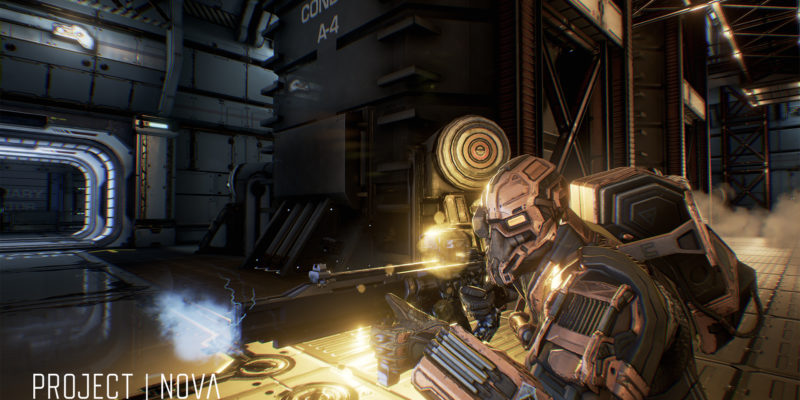 The third time wasn’t the charm for CCP Games. The developer of EVE Online recently canceled development of Project Nova, its latest attempt at a first-person shooter. The game was to be a class-based shooter set in the same world as the popular community-driven space exploration MMO. But the cancellation was confirmed by CCP parent company Pearl Abyss in an earnings call over the past weekend.

For four years, fans of the EVE Online world hoped Project Nova would be the FPS that finally made it to launch. In 2016, CCP canceled its first attempt at a shooter, Dust 514. Next, it canned Project Legion before it even left the prototyping phase. But Project Nova quickly came to the fore, giving fans something to continue to hope for.

Fear not, though, as this time is no different. CCP’s next attempt is already underway.

It’s the hope that gets you

As it does each time it cancels its latest EVE Online-based FPS, CCP is already moving on to the next incarnation. While Project Nova might be dead in space, its framework will be used to build the fourth attempt in CCP’s studio based in London. This studio has been completely dedicated to the development of a new multiplayer shooter.

“It is very common for games in active development to evolve over time, often substantially. We remain committed to offering a rock-solid, action-oriented gameplay experience with stellar visuals, but due to significant changes in the scope and direction of our sci-fi multiplayer shooter game concept, it also made sense to update how we refer to this project internally. So, we are no longer using the codename Project Nova for this game concept,” said CCP’s head of PR George Kellion.

So, perhaps Project Nova hasn’t truly been canceled, but rather molded into a new form. A new direction with a new unannounced name. Who knows, maybe the fourth time will be the charm?